The global environment section of the configuration file contains directives which affect the overall operation of the Apache HTTP Server, such as the number of concurrent requests it can handle and the locations of the various files.

PidFile names the file where the server records its process ID (PID).

KeepAlive sets whether the server will allow more than one request per connection and can be used to prevent any one client from consuming too much of the server’s resources.

This directive sets the maximum number of requests allowed per persistent connection. The Apache Project recommends a high setting, which improves the server’s performance.

KeepAliveTimeout sets the number of seconds the server will wait after a request has been served before it closes the connection. Once the server receives a request, the Timeout directive applies instead.

The value is; the default MaxSpareServers value is 20. These default settings should be appropriate in most situations. Be careful not to increase the MinSpareServers to a large number as doing so will create a heavy processing load on the server even when traffic is light.

MaxClients sets a limit on the total number of server processes, or simultaneously connected clients, that can run at one time. The main purpose of this directive is to keep a runaway Apache HTTP Server from crashing the operating system. For busy servers this value should be set to a high value.

It is not recommended this the value for the MaxClients exceed 256.

If the Apache HTTP Server is configured to listen to a port under 1024, the root user to start it. For port 1024 and above, httpd can be started as a regular user.

The Listen directive can also be used to specify particular IP addresses over which the server will accept connections.

LoadModule is used to load in Dynamic Shared Object (DSO) modules Load order is no longer important in Apache2.0.0.

Peer-to-Peer Peer-to-Peer, peer (peer to peer = free translation) is an architecture of distributed systems characterized by the decentralization of the network, where each node performs both function...
0

[Infographic] How effective is Email Marketing? 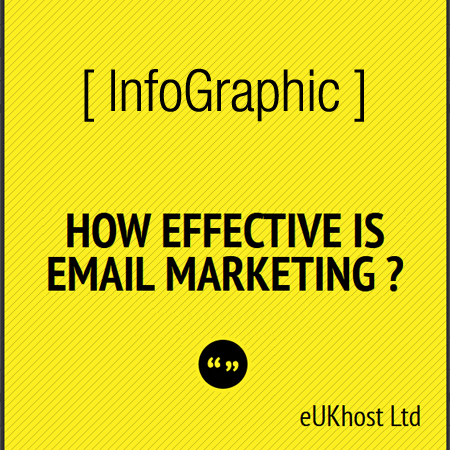 [Infographic] How effective is Email Marketing?

Email marketing is used by businesses all over the world to inform and engage with their customers and prospects. It is one the most used promotional channels which offers excellent results compared t...
3
Back to Homepage