Bag Yourself a Backup Deal for World Backup Day

Bag Yourself a Backup Deal for World Backup Day 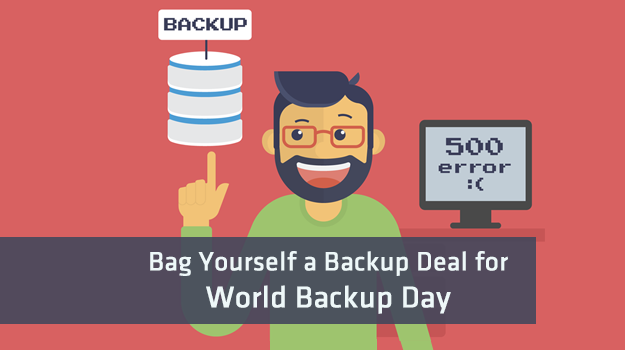 31st of March is World Backup Day, a global initiative that aims to get organisations and individuals to pledge to back up their data on that day. As a web host, it’s something we fully support and we’ve written this article to explain why you should join in. To give you a little more incentive, we’ve also got a couple of superb backup deals on offer which we’l tell you about at the end of the post.

If you’re one of our regular readers, you’ll know that this is not the first post we’ve written about backups – and it’s unlikely to be the last. Backing up is one of the things that people need to be constantly reminded to do. Most of us know why we should but, for some reason, we don’t always see it as a priority. Data loss is what happens to others isn’t it?

If you aren’t overly concerned about the need to backup your data, here are a few points to get you thinking.

And these infections can spread beyond just computers and websites. Viruses can be transmitted to phones, tablets, pen drives, camera cards and other storage devices and done so unwittingly by employees and customers.

Whilst antivirus software can usually protect you, the companies that make the software have to detect the malware first and then discover a way to eradicate it. Unfortunately, you can’t detect malware until it is already out there doing damage in the first place.

Having a clean backup means your data isn’t lost and your business recovers far quicker and with significantly less expense.

Surprisingly, most website owners think hacking is a conscious undertaking done by an individual who chooses a company to target. This leaves them to believe that no-one would be interested in hacking their organisation and so they have little to fear. We’re a plumbers merchant in Hampstead Heath, nobody would want to hack us.

Hacking is very much an automated process where computer programs, not too dissimilar to Google’s search bots, scour the entire internet looking for sites which have vulnerabilities. It is these sites which are then targeted; and the actual break in is much more likely to be done using highly sophisticated software rather than by some hooded character, wearing a Salvador Dali mask, beavering away at a keyboard.

Anyone who has any kind of hacking detection software, such as the WordPress Wordfence plugin, will know that even small websites have multiple attempted break-ins on a daily basis. Indeed, 66% of all attacks are on SME’s and in 2016 there is expected to be a 37% increase in the number of attacks.

Whilst one of the biggest threats of hacking is that data will be stolen, there is also the risk of data being lost. Once an intruder has access to your admin panel, there is nothing they cannot do. If they wish, they can delete everything and take down your entire system.

I put it somewhere

Human error is one of the most significant causes of data loss for businesses. Hundreds of thousands of computers and phones go missing every year. Even back in 2008, a study found that 12,000 laptops were lost every week, just in US airports.

If you are a small business and you keep your entire business records on your laptop, losing it can have enormous consequences: invoices, clients work, contact details, emails, website content, account details, logins, portfolios all of it important information. It’s not just a matter of it potentially being stolen or accessed, if it is not backed up, it’s gone.

There are 84,900,000 results on Google for the term phone down the toilet and over 25 million for spill water on computer which indicates how many people have put their data in jeopardy just by accident. And, of course, devices are prone to breaking down and hard drives to failing.

A regular backup would ensure that when your device dies, the data will live on and your organisation can make a full recovery.

We’d like to think that we’ve done our bit here to remind you just how important backing up your data can be and hopefully this will encourage you to support World Backup Day on 31st March by pledging to backup on that day. You can find out more about World Backup Day by watching the video below.

Need an incentive? Here are our offers

Hopefully, we’ve convinced you that regularly backing up your data is absolutely essential. To make things easier we have got two offers which you might be interested in. 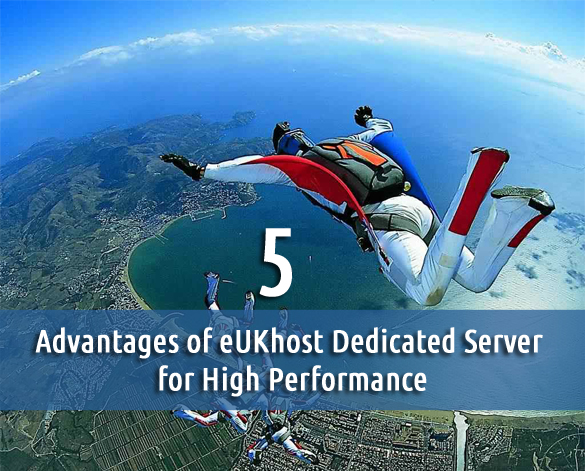 We are one of the leading providers of dedicated servers in the UK and we truly believe that we offer some of the best options for prospective customers seeking high performance hardware for mission c...
0

Update 23/07/19 Since this article was written cPanel have revised their licensing mode further, we will now be releasing our own updated pricing in early August, this new pricing will not take affec...
0
Back to Homepage