The access to FTP servers can occur in two ways: through an interface or via the command line, both UNIX users as Windows users can access via the two modes. The command line mode is present in any distribution of UNIX and Windows-like, via Telnet.

From any accredited browser (Internet Explorer, Firefox, or even in Windows Explorer) is also possible to access an FTP server. Just for that, type in the address bar:

The underlying protocol to FTP can be run in interactive or batch modes. The FTP client provides an interactive interface, while HTTP and MIME use it directly. The protocol allows the recording and file retrieval, the listing of the folder, and change of the workbook.

FTP servers rarely change, but new FTP clients appear fairly regularly. These customers range in the number of commands that implement the majority of FTP clients implement trade only a small subset of FTP commands. Even though FTP is a protocol-driven command line, the new generation of FTP clients hide this orientation in a graphical environment, often highly developed.

The FTP client interface of the BSD UNIX is a standard by itself, having many commands archaic: TENEX oucarriage control that currently have no use. Commonly used commands are ocd, dir, ls, get eput.

The FTP has features that are now uncommon. Doftp After activation, a connection is established to the remote host. This connection involves the use of the user account on the remote host, with some FTP servers offer anonymous FTP.

Certain commands are what makes the bidirectional file transfer, they are:

Note: Some commands may not work with the user is anonymous, as this account has limited rights to the operating system level.

The syntax of the filenames may be inconsistent between different operating systems. UNIX uses 128 characters, uppercase and lowercase letters, whereas DOS uses 8 3 characters and letters only. Some names can not be used in some systems. Due to this all the BSD ftp define rules for translating names.

FTP provides two modes of message transfer FTP: text (with appropriate translations) or binary (no translation). Each message includes a server identifier of three decimal digits (example: 226 Transfer complete). These messages can be viewed or not, using it for quiet or verbose mode, respectively.

The remote server accepts a connection control of the local client. The client sends commands to the server and the connection persists throughout the session (which are just a protocol that uses TCP).

The server creates a data connection to transfer data, and created a connection for each file transferred. These data are transferred from server to client and vice versa.

The commands are separated from the data and the client can send commands during the data transfer. Closing the connection indicates end of file.

The following commands can be executed by the FTP command line. FTP commands may be abbreviated, provided they do not form expressions ambiguous.

Commands can be abbreviated. Here are the commands:

The influence of the iPhone 6 on website and app designs 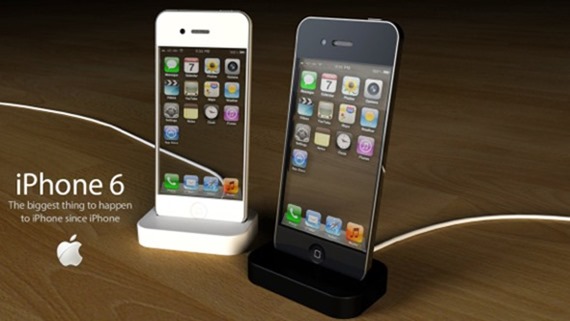 The influence of the iPhone 6 on website and app designs

Many rumours are suggesting that the next iPhone, what many suspect will be known as the iPhone 6, is going to come with a much bigger screen, perhaps up to 5.6 in comparison to the 4 screen seen on t...
0

While it's not shattering to your search engine optimisation to not "nofollow" any external hyperlinks, you are passing on benefits to external websites and blogs you have no relation with and unless...
0
Back to Homepage