How Principles of Virtualisation Can Help you to Understand Cloud Computing

How Principles of Virtualisation Can Help you to Understand Cloud Computing 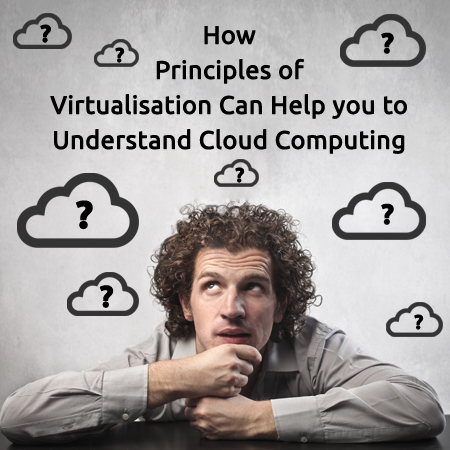 One hundred thirty-one billion dollars. This is the turnover of the worldwide market for public cloud services that have been provided in 2013. According to a report by Gartner, Infrastructure as a Service (IaaS) represent the fastest growing segment, growing by 47.3% year on year, the concept of cloud computing

It is no longer a secret that cloud computing offers many opportunities for IT management, but we still have to understand and recognize the benefit that is related to each.

Put yourself in a situation: You are working in the field of your boss and information technologies you entrust the mission to find the perfect formula for deployment for the management of IT as a service organization. By bad luck, you have not opened a trade magazine for several years and so far, the opportunity has not presented for your interest in cloud. Virtualization, SaaS, PaaS, IaaS, how you navigate?

Here is an overview of the forms of “services” that we declined twofold.

Virtualisation is the genesis of cloud,

To understand the cloud, we must go back to its origin: Virtualisation.

Historically, computer systems were installed on servers, kind of powerful computers that were manufactured to be installed in special shelters called Datacentres.

In the beginning the physical server works on a thumb rule: an application, an operating system, a server hardware. But now, experts have found a physical server, Â on average, Â was used only 15% or 20% of its total capacity. So 80% to 85% of capacity of a machine were thrown into the dustbin!

Meanwhile, the server continues to cost 100% in maintenance costs and energy consumption. To this must be added the cumbersome procedures: any additional memory or disk space required intervention directly on the hardware, which stopped working during this time. It was neither optimized nor environmentally friendly. In some cases, choose a physical server was a bit like flying alone on a plane with more than 200 seats!

What if we could optimize the use of resources of a machine (CPU, memory, storage, network) in order to make the investment profitable by not deploying a single operation and more than one application system? You immediately enter the primary interest of virtualization, you are good managers!

The term “virtualisation” is pretty self explanatory: this technique is to virtualizing which is in physical form. We are not talking here to the physical element disappear completely, but rather to use it as the base to leverage.

That’s a switch from using a scooter (only you enjoy the machine to move) to that of an SUV with eight seats, in which everyone takes advantage of its power. So, you work eight times harder!

The “VM” is created and fed, just like a physical server, processing power, memory, storage space and shared network. Depending on the need, you can add or reduce the resources within the limits of the capacity of the physical host machine.

Virtualization technologies have subsequently improved to provide more availability, fault tolerance and capacity for daily operations. For example, a major step was to ask the application data not on the local disks of servers, but on a centralized storage hardware. What is the point? This allowed for maintenance of physical servers all operations without interrupting services running on it, improve data access and availability of applications on performance VM.

This equates to passing my eight-passenger SUV in a pickup service class of a company vehicle rental. If a minivan is not working, it takes another to pick you up and you do not see about anything, everything goes. And if the physical server crashes, then the VM can quickly get back on another physical server, since the data have been always available and independent. Here’s how the virtual infrastructure has spread. Consolidation, performance and flexibility are the key factors.

Of course, the increase and evolution of IT resource requirements have led suppliers to provide various services on-demand services. Thus were born the service software, the platform services, the services infrastructure, etc. They allow businesses to access, as a service on demand computing resources without assuming the complexity or cost. With this oversupply can be difficult to find the right offer and the right partner.

5 Key Reasons Enterprises Should Opt for a Hybrid Cloud Solution 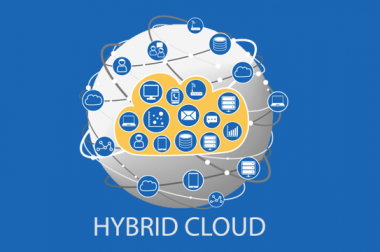 5 Key Reasons Enterprises Should Opt for a Hybrid Cloud Solution

To do things effectively, you have to choose the best tools for the job, which is why tradespeople carry an assortment of tools. That same maxim also applies to IT infrastructure; you don't need to ...
0 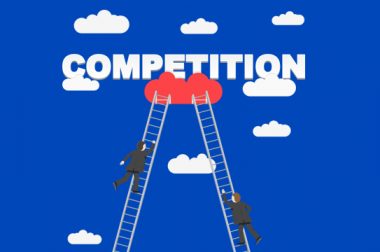 Organisations are flocking to cloud computing in greater numbers than ever before and many are expanding their use of it. This comes as no surprise, given the many advantages that cloud migration bri...
0
Back to Homepage