Importance of API Keys in Cloud

Importance of API Keys in Cloud

Similar to the SSL keys, API keys too are being considered to be an important factors for strengthening security in Cloud Hosting environment.

There have been a lot of concerns and disagreements about the data Security in Cloud. Hence there are many new advancements that are happening with an interest of improving the data security in Cloud. Many enterprises have started to make use of some form of API keys for accessing the cloud services.

Therefore, protecting the API keys has become crucial as well. The information described in this article, would help understand the issues that comes without an invitation when protecting API keys, and offer few solutions to these concerns.

The crucially important API Keys would be realized in the near future and enterprises would be able to better understand the necessity of protecting these keys. These keys FYI. would offer a direct access to your cloud hence the data stored in it.

Incase an enterprise, firm or the company tends to overlook severity of managing the API’s, then it goes unsaid that they are inviting risks i.e.

(a) Users who are not authorized to access confidential information and

(b) The increasing amount of credit card bills just because some unauthorized individual has got an access and the Cloud’s pay-per-use tracker is monitoring the resource consumption in your Public or Shared cloud.

This is similar to having a credit card of yours without your knowledge or consent and making purchase.

Most of the Cloud hosting services are being accessed via. a traditional web interfaces. While some others use a REST Web Services, which are also known as API’s. There is a similarity in the concepts that exists in the much heavier C++ or Visual Basis APIs of the past. But are bit more simpler and can be influenced via. Web page or even through a cell phone.

Hence it can be noticed universally. To cut it short, the API Keys are brought to use for the purpose of accessing the Cloud services. Today with the increasing number of organisations using Cloud, more-and-more of them are getting connected to the cloud services through their own premises, further without their knowledge they are also getting connected to some other cloud of some other company. Therefore, it becomes even necessary that the connections are established securely.

Consider an example where a company is using a SaaS for the purpose of offering its employees an access to Gmail, then they’d generally get an API key from Google for enabling the single sign-on. Such an API key offered by Google would be valid only for that company and would enable users to get an access to their Gmail accounts.

How to secure the API keys?

Similar to any password or any private key, API keys too needs to be kept secure. This might have given you a hint that, these keys should not be stored as files over your file system nor should it be encapsulated within an applications. They should rather be stored encrypted.

The below solutions can be used for managing your API keys :

A) Sending out Emails containing the API’s : It is usually a common practice observed in many companies, where the API keys are sent via. emails to developers so that they can include it in the website codes. Such a practice is way too casual and can hamper your data security.

B) Configuration Files: Furthermore, it has also been observed that, the developers include an API key within a configuration file in-a-way that it can be easily found. If you are among such individuals, then you must start considering API keys as something that is equally important as the SSL keys and are required to be managed with optimum care. Rather, incase the API keys fall in the wrong, it can cause serious damage than that in the case when private SSL keys gets disclosed.

C) Security Keys Inventory : One of the methods for avoiding concerns regarding managing API keys is to implement specific security policy about the keys. This can help you with keeping an inventory of API keys. Most of the organisation implement an alternative way by adopting an ad hoc approach for maintaining a track of their API keys.

The below queries can be raised inorder to effectively managing the keys :

Question i : What is the purpose of a specific key and what is it used for ?

Question ii : Who would be the point of contact that would be responsible for specific keys?

Question iii : Does there exist an expiry strategy inorder to manage the expiration of a particular key? How would you be alerted about the approaching expiry? Incase you haven’t laden specific plans about managing the expired or the expiring API keys, it can result in chaos upon expiry of the passwords.

Many-a-times it may so happen that the developer implements their own security for API keys, this might sometimes be a gamble. Despite the fact that the developer might be aware about the seriousness of the API keys and try to place it in some hard to reach location or by implementing some encryption algo. But it somebody does find an access to that location, it can easily be publicised in no time.

Considering all these varied aspects, it becomes crucial any organisation using Cloud Hosting for carrying out the business activities to give equal importance to API keys similar to the way they give to SSL keys.\

API keys and its management is a serious and a sensitive area, hence should be handled with enough care and caution. This would in-turn enable you to have a secure Cloud Hosting experience and keep your credit card bills restricted to only what you’ve actually used.

cloud hosting, Cloud security, Use of API Keys in Cloud 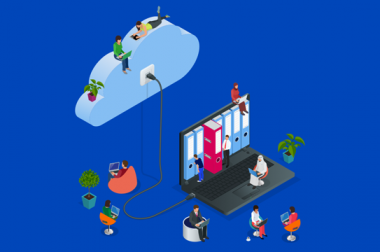 Cloud computing has become very popular for businesses. As of 2018, over three-quarters of enterprises were already using it and more are adopting it every day. If you haven't considered it yet, that...
0

eNlight Cloud – Cloud Computing as it should be. Auto Scaling and Completely Cost-Effective

eNlight Cloud – Cloud Computing as it should be. Auto Scaling and Completely Cost-Effective