Information Technology (IT) can be defined as a set of all activities and solutions provided by computing resources. Indeed, applications for IT are many – are linked to different areas – there are several definitions and none can determine it completely.

IT is a major force in areas such as finance, transportation planning, design, production of goods, as well as the press, in publishing activities, radio and television. The increasingly rapid development of new information technologies changed the libraries and documentation centers (major sites of information storage), introducing new forms of organization and access to data stored and works, reduced costs and accelerated the production of newspapers and allows the formation of instant television networks worldwide.

Furthermore, this development has facilitated and intensified the personal and institutional communication, through word processing programs, training databases, desktop publishing, as well as technologies that enable the transmission of documents, sending messages and files, as well as consultations to remote computers (via global computer network like the internet). The diffusion of new information technologies has also brought gridlock and problems, mainly relating to privacy of individuals and their right to information, because people generally do not have access to large amounts of information about them collected by private and public institutions.

Information technology includes not only machine components. There are intellectual technologies used to deal with the cycle of information, such as classification techniques, for example, that do not require the use of machines only one schema. This scheme can also be included in a software that will be used, but this does not eliminate the fact that the technology already existed independently of the software. The technologies of classification and organization of information that libraries have existed began to be formed. Any book on library organization brings these technologies.

The world’s largest developers of such technology are Sweden, Singapore, Denmark, Switzerland and the United States, according to The Global Information Technology 2009-2010 World Economic Forum.

Information Technology (IT) in organizations

The introduction of IS / IT in an organization will generate a set of changes, particularly in terms of relationships between organization and environment (discussed in terms of efficacy) and level of impacts on the internal organization (analyzed through efficiency).

IT is a valuable resource and cause repercussions at all levels of organizational structure:

So we have that SI allows organizations to offer products at lower prices which, coupled with good service and good customer relationship, resulting in an additional competitive advantage through value added elements whose effect is the fidelity customers.

The use of SI can cause also changes in competitive conditions in a particular market, in terms of shifting the balance within the industry, deterrence and create barriers to entry for new competitors. The IS / IT also make it possible to develop new products / services to customers or existing differentiate from the competition and attract customers on a preferential basis in the competition.

The use of high technology will enable a closer relationship between permanent and firm and suppliers, to the extent that any request / suggestion on the part of the company is able to be serviced / tested by the suppliers. Technology has enabled a change in thinking and acting of producers and consumers.

Information Technologies have known impacts on the domestic side of organizations: the organizational structure and the role of environment / coordination in the organization, level of psychosocial and personal relationships, the subsystem of goals and values of people working in organizations, as well as technological subsystem.

The greatest benefits arise when organizational strategies, structures and processes are altered in conjunction with IT investments. IT’s permit, so a whole range of overcoming barriers to the extent that there is a new way of thinking, because real-time firms can act and react quickly to customers, markets and competition.

Information Technology and its impact on corporate security

Information Technology goes on steady advance, but at the same time its management at security [3] does not follow the same pace of security policies and is not yet at a level that can be considered efficient. With so many resources available and almost unlimited possibilities, managers forget that his company now has more than a gateway to the world, this door that is open, an individual can give valuable information about your organization.

Then we have a case in which information technology becomes a risk due to management problems, it is important to emphasize the problems that technology brings to businesses as well as its benefits because it also generates costs and safety when dealing with high technology, investments in this area are never small. 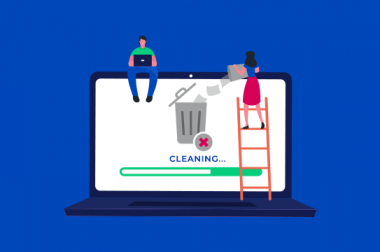 One certainty about running a website is that over time you will use more storage. Website content, newer software versions, plugins, user data, emails, etc. all take up more and more space until, ev...
0 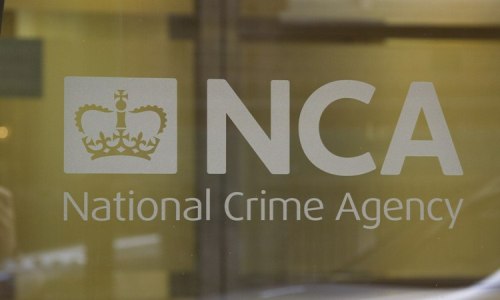 Couple of weeks ago the National Crime Agency (NCA) stirred panic across the UK citizens by asking them to prepare for the worst cyber attack ever. In its press release, NCA warned the UK public about...
0
Back to Homepage