Microsoft Windows Small Business Server 2003 is a network operating system from the software manufacturer Microsoft. It has been specially tailored to the needs of small businesses. The combination of several software products at a comparatively low price for small businesses in particular should be mentioned as a buyer.

The Premium Edition includes all components of the Standard Edition and includes the following further from the version R2 Technologies:

Some of Microsoft’s server products have been refined in the first half of 2006 by some features. These are known as “R2” behind the actual product name. The term “R1” is sometimes used to “R2” version explicitly to distinguish it from its predecessors: it was never part of the official product names.

Technical differences between R1 and R2

Update Services (Green Check) were introduced. This feature helps administrators to keep Microsoft software for enterprise-to-date, as far as the Windows update is cocerned. This is actually an integration of WSUS in the Small Business Server 2003 R2. This version of WSUS is limited to two groups, computers and servers. The management is integrated into the SBS management console and is manageable.

The maximum size of the Exchange database has been increased from 16 to 75 Gigabytes. This extension is due to exclusion of the “Microsoft Small Business Server 2003” contained “Exchange Server 2003 Standard” on the disk of the second release, the Service Pack 2 for Exchange server already contains, which is responsible for the enlargement from 16 to 75 gigabytes.

SBS 2003 R2 includes the File Server Resource Management “. This allows management of a quota (quotas), file by file verification program (file screening) such as blocking of multimedia content for specific folders, and disk quotas and file reports for review.

SBS 2003 R2 includes “Distributed File System Replication DFS-R,” which was introduced along with the other releases of Windows Server 2003 R2. SBS 2003 R2 has to remain normal with the DFS and be content with its limitations with respect to site replication (lack of bandwidth optimization).

The R2 version of SBS is pure 32-bit software. It was not until the end of 2008, Microsoft released successor to Windows Small Business Server 2008 is pure 64-bit software, which also requires appropriate hardware.

It comes with five so-called CALs (Client Access License). This means that five users or computers from accessing the servers have made available resources. Common is to operate the licensing per user and not per device. In businesses that operate shifts, but may be the per device licensing of financial advantage.

A CAL for a user allows the user to use any of the included technologies of the Small Business Server 2003 in its entirety. As the Small Business Server to small and medium enterprises has been designed, the software includes a restriction to 75 CALs. In more than five CALs, the recommended system requirements are met, otherwise there may be a slowdown of the server.

Using the Transition Pack is the Small Business Server 2003 will be converted into its individual components. After applying the transition pack has to be both technically and by license of the basic components of the SBS2003 in its respective version. The restrictions on the SBS2003 to the basic components are then removed. This concerns in particular the restriction to 75 CAL license number and the role restriction of the server. The Terminal Services are now available for use, but to get through the Transition Pack No license (TSCAL) for that. 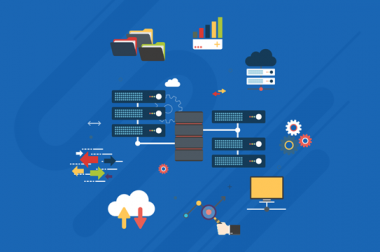 When upgrading to a hosted dedicated server, it is important to remember that not all dedicated servers are the same and neither are the hosting solutions offered by service providers. As it can be d...
0

In 1991, it was released by Linus Torvalds who started with the working on a simple theme of an O.S., towards the end of the year, in the month of September, Linux version 0.01 was released. With a r...
0
Back to Homepage