A designer and a developer is not often the same person… and yes, unfortunately it is too often the same person on the web. As it stands today, the web designer needs to learn at least HTML and CSS to get by. However, now it is something that Adobe would resolve very easily with the help of two different tools Muse and Edge. These are the two new products developed by Adobe Systems.

Unlike the Dreamweaver, Muse is a tool which designers do not have to worry about a single line of code, and it comes out to be compatible with all the popular browsers, while taking advantage of CSS3 and HTML5 where possible.

Currently, Muse is already in a Free beta version which can be downloaded from Adobe Labs, so you can test drive for free right up to the crisp version is released in early 2012 as predicted by Adobe.

In the short time, you can try out Muse, it is said that the interface of Muse is very pleasant to work with and you are used to work with Adobe design applications, it goes pretty fast to get into the workflow. In addition, you can use all the regular tools such as working with templates and style sheets in a manner similar to the Indesign product.

Edge A Flash Killer by Adobe

In addition to Muse, Adobe has developed a Flash killer tool known as Adobe Edge as they themselves say that Flash and Edge are complementary. The main goal of developing such an enhanced tool is to allow designers to produce animated content in websites, web games, animated banner ads in a manner similar to Flash, but based on HTML5, CSS3 and JavaScript.

Edge is an ideal tool for visual, web and interaction designers who wish to stimulate their content for the web with various movement and transitions. Basically, Edge is developed primarily by focusing on animation and motion.

Adobe Edge Preview is allows you to add the graphics that are produced using the Adobe Illustrator, Adobe Fireworks and Adobe Photoshop to form new and appealing graphics. It also allows you to open the HTML documents created using the CSS.

For people who wish to build professional looking websites having animation and motion, Adobe has made it much easier by developing such wonderful products known as Muse and Edge. Website Hosting services offered by eUKhost are ideal for hosting such flash and animation based websites that are created using the Adobe’s designing tools.

Token Ring is a type of computer network in which all the computers are connected in a star or ring topology. A token, which is a special bit pattern, travels around the circle. To send a message, a ...
0 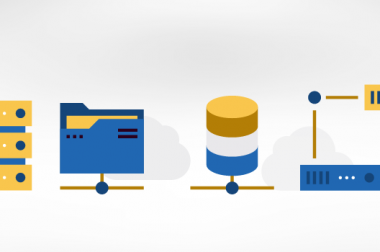 If you are about to launch a new website, you may be bewildered by the different types of web hosting that you can choose from. There's shared, VPS, dedicated and cloud hosting, plus other, specialis...
0
Back to Homepage