It is worth exploring another reason for the decline of NetWare over the years. Although Microsoft is certainly better spent towards the non-technical staff of many organizations, which in many cases had decision-making on purchases, the best marketing is often a reason for overstated the success of Microsoft Windows and NetWare. Although NetWare server provided a very good argument for file and print services, the vast majority of workstations at which these services were offered were of the Windows desktop. For this reason, anyone could be in the best position to provide a client for the first adequate, reliable and complete for these services would be found over time in a position of advantage on the side of the server. Novell had to develop a client must be installed on any Windows machine.

To allow these clients to be managed effectively through eDirectory and NetWare, Novell had to spend a great deal of time and money to replicate, or type in your client software, which Microsoft had already built directly into Windows for things like Active Directory and Group Policy, or would try to support the management of NetWare on Windows with Active Directory protocols. The latter method would have meant that a separate client would not be necessary, but since Active Directory was, and still is, a technology largely proprietary, which has been implemented successfully only on Windows, the company would have been very busy. This would also have meant that Novell would be entirely dependent on reverse engineering, or the inclusion of any improvement could be made to Microsoft Active Directory over time, and could never get a chance to get first on the market.

In essence, this means that the support and the use of Active Directory is already largely a prerequisite for managing Windows desktops in an organization, even before a decision is made to use NetWare, eDirectory and Novell software. This has placed Novell and other software companies in a disadvantageous position in some way.

NetWare dominated the landscape of network operating systems since the mid-eighties until the late nineties, thanks to its performance which is extremely high compared to competitors. Many of the benchmarks of the period showed a performance advantage that ranged from 5 to 10 times compared to products from Microsoft, Banyan, and others. A benchmark that was of particular interest compared with NetWare 3.x services NFS over TCP / IP (not NetWare’s native IPX protocol) with an expensive dedicated Auspex NFS server and a SCO Unix server with NFS services. NetWare NFS NFS systems exceeded both native and had a performance edge by 2 to 1 on SCO Unix NFS installed on the same hardware.

File service instead of disk service

When they received the initial development of NetWare, almost all storage on LAN was based on the model of the disk server. This meant that if a client wanted to read a particular block of a given file, had to send the following requests by the relatively slow LAN:

NetWare, which is based on a template file services, interact with client-level API for files:

All the research work in the directory you want to understand where the data were physically located on the disc was done at high speed, locally on the server. By the mid-eighties, the majority of network operating systems drive model was dropped from service to service the file. Today, the disk service model is making his return to the Storage Area Network.

From the beginning, NetWare was designed to be used on servers with copious amounts of RAM. The entire file allocation table (FAT) was loaded into RAM when a volume was mounted, thus requiring a minimum amount of RAM, which is proportional to the available space on disk (add a disk to a server often meant having to also increase the RAM). Unlike many other competing network operating systems prior to Windows NT, NetWare automatically used all the RAM is not committed to the caching of active files, using the delayed write requests to facilitate the reorganization of the disc (Seeks elevator). An unexpected shutdown could then corrupt the data, making it almost mandatory to use a UPS as part of a server.

Many network protocols in use at the time NetWare was developed did not believe that the network delivers the messages. A typical reading files from a client works similar to the following:

In contrast, NCP was based on the idea that most of the time the network was working perfectly, so the answer to a request served as authentication. This is an example of a read request from a client on the basis of this model:

All applications containing a sequence number, so if the client did not receive a response in an appropriate time, return the request with the same sequence number. If the server has already processed the request must shipped back the answer in the cache, if it had not yet had time to process the request by sending a ‘positive recognition’ which meant, “I have received your request, but I did not have time to care, then do not bother. ” The result of this approach style ‘trusted network’ was a reduction of 2 / 3 of network traffic and latency associated with it.

One of the debates of the nineties was more inflamed if it is more appropriate for the network file services, to be performed by a software layer that ran on top of an operating system “general purpose”, or a specific operating system. NetWare was a specific operating system, not with a timesharing. It was written from scratch as a platform for processing service client / server. Initially focused on services for file and print, but later showed his flexibility by running database, e-mail, web services and more. He had also efficient performance as a router, supporting IPX, TCP / IP, and Appletalk, though not ever offered the flexibility of a hardware router.

In the 4.x and earlier versions, NetWare did not support preemption, virtual memory, graphical user interface, etc.. Processes and services that turned in the NetWare operating system had to be cooperative, which is expected to process a request and return control to the operating system in a short time. On the other hand, this confidence in the ability to manage them if the application processes, could bring an application failing to stop the server.

In comparison, operating systems “general purpose” such as Unix or Microsoft Windows, were based on an interactive model with time-sharing, where the competing programs would have consumed all available resources if they were not kept under control by the operating system. These operating environments using preemption, memory virtualization, etc.., Generating an overhead since there were never enough resources to do whatever the application. This system improves with time, while network services are free of the stigma of their “application” and moved deeper into the operating system kernel “general purpose”, but never match the efficiency of NetWare.

Probably the main reason for the success of Novell during the eighties and nineties was the efficiency in comparison with the NetWare operating systems “general purpose”. However, with growth in the power of microprocessors, efficiency became less of a problem and the introduction of the Pentium processor, the advantage of NetWare’s performance began to be overwhelmed by the complexity of managing and developing applications for the NetWare environment.

Distributed Cloud The Future for Enterprise IT 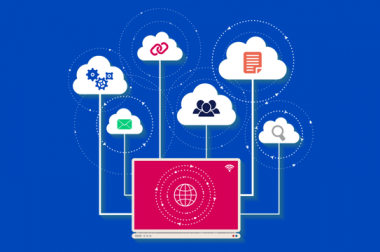 Distributed Cloud The Future for Enterprise IT

Web standards are basically the use of correct web coding standards as laid out by the World Wide Web Consortium (W3C). Web Standards are a set of strategies and tools to build web sites that do what...
2
Back to Homepage