Linux distributions are normally made up of packages (packages), and each contains a specific application or component, for example, there may be packets containing a library for managing an image format, or a set of fonts, or a web browser as well as any other program.

A package is typically provided as compiled code, and its installation or removal is handled in more sophisticated than a simple archiving program such as tar. The program responsible for these functions is that the management system packages (Package Management System or PMS) distribution. Each package for such a PMS contains meta-information such as description, version, dependencies, etc. The package management system takes into account these meta-information to research automatic updates to newer versions, to check that all dependencies of a package are fulfilled and / or content automatically.

Different distributions have different package managers, and the main ones are:

There is also the opportunity to fill in their applications directly from the sources available, where the binaries are not available. Although the compilation can lead to some difficulties, the application will certainly be optimized for the system on which it runs. Following this logic, some distributions (e.g., Gentoo) offer the possibility to fill the entire operating system.

The Free Standards Group is an organization formed by major software and hardware which aims to improve interoperability between different distributions. Among the proposed standards is the Linux Standard Base, which defines a common ABI (binary interface for Applications), a unique packaging system and a structure for the file system that provides the same naming conventions and the same directory on each system. These are standards currently, but remain scarce even among the distributions developed by members of the same producers. 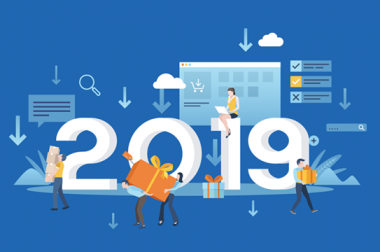 While the rise of internet shopping has led to the slow decline of the high street, last year also saw a reduction in online sales. With trading conditions likely to remain challenging during 2019, e...
0

How the Cloud Promotes Green Credentials

How the Cloud Promotes Green Credentials

With businesses looking to cut their carbon footprint where possible, choosing a cloud web hosting solution is one recommended way of achieving this because of the consolidation of resources that ...
0
Back to Homepage

Dedicated Versus Virtual Server – Which is Best for You?