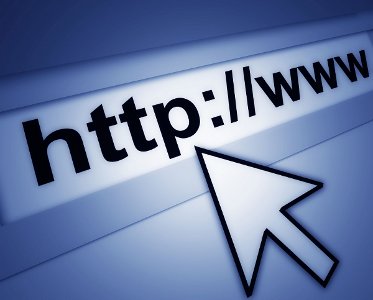 If all goes to plan, the US government will protect net neutrality as lawmakers introduce a bill that will block agreements between Internet companies and content providers that would see content providers receiving priority connections or more direct connections to consumers in exchange for cash. This overturns an earlier FCC bill that paved the way for so called Internet fast lane with which companies could pay the ISPs to priorities their traffic over other websites, created what many feared would be a two tier system where only the richest of companies would have access to fast and reliable networks. This will be a major victory for net neutrality campaigners who have fighting to have deals between content providers and connection providers blocked since Netflix and Comcast signed a deal in May.

Both Comcast and Verizon, who had previously signed deals with Netflix for prioritizing the movie streaming site’s traffic, have argued that these agreements don’t fall under the realms of net neutrality and instead say that neutrality is a concept that is applied to what is referred to as â€œthe last mile, which is an ISP’s direct pipe to the consumer. Interconnection agreements only take effect on traffic as it is being routed from the content provider to the ISPs, but the FCC is to ask the public on their opinion regarding the matter, and it may not be long until interconnection agreements are also banned.

The creation of a two-tiered Internet would have stifled innovation, with start-ups and entrepreneurs having their projects delegated to the lower tier since many would lack the capital necessary to secure the agreements required to enter the higher tier. Legislators were quoted as saying that the bill ensure that consumers can access all content equally, giving businesses of all sizes the chance to succeed with their Internet presence. It is important to note that if the two tiered Internet were to exist, then it would be unlikely that we would see huge innovations in content delivery in the future as we have done over the past few years since start-ups would have to spend money on bandwidth rather than on improving their technologies; this would have made it incredibly hard for the next Netflix or Facebook to emerge and would have solidified the monopolies of these two companies by raising the industry entry barriers.

In order to protect the founding principles of the Internet and to maintain technological innovation, net neutrality is vital. To see that the FCC is actively taking steps to maintain net neutrality will provide confidence to smaller companies and entrepreneurs that their new Internet projects will still have a neutral platform on which they can succeed, rather than having to gather together large amounts of capital if they are to stand a chance against the bigger competitors. Although Internet fast lanes would have helped to deliver popular Internet content at faster speeds, this would have been at the cost of creativity, which is regarded by many as being more important in the long run as new business and innovation plays a crucial role in the success of economies.

Business-To-Consumer - B2C Business-to-consumer, B2C, also business-to-customer, is the trade carried on directly between the producer, seller or service provider and the consumer via the Internet (No...
0

Protocols For Tunneling The major tunneling protocols are: GRE, L2TP often replaced by, developed by Cisco. PPTP (Point-to-Point Tunneling Protocol) is a layer 2 protocol developed by Microsoft, ...
0
Back to Homepage