As defined by the World Wide Web Consortium (W3C) Web Services (web service) is a software system designed to support interoperability between different computers on the same network key feature of a Web Service is to offer a ‘ software interface’ (described in an automatically processable format such as, for example, the Web Services Description Language) using the other systems which may interact with the Web Service itself by activating the steps in the interface by means of special “messages” included in an “envelope” (the most famous is SOAP): these messages are usually transported via the HTTP protocol and formatted according to the XML standard.

Thanks to the use of XML standards, through an architecture based on Web Service (Service Oriented Architecture – SOA) software applications written in different programming languages and deployed on different hardware platforms can be used through the interfaces that they “expose” publicly and through the use of functions that are able to make (the “products” to make available) for the exchange of information and the conduct of complex operations (such as , the execution of business processes that involve multiple areas of the same company) and on corporate networks, as well as on the Internet: the possibility of interoperability between different programming languages (e.g., between Java and Python) and operating systems (such as Windows and Linux) is made possible by the use of standard “open”.

The consortium OASIS (Organization for the Advancement of Structured Information Standards) and W3C are primarily responsible for the architecture and standardization of Web services, to improve interoperability between different implementations of Web Services WS-I organization is also developing a series of “profiles” to better define the standards involved.

The protocol stack of Web services is the set of network protocols used to identify, locate, implement and to interact with each Web Service, is mainly composed of four areas:

Magento is an open source shopping cart software application. It is very user-friendly and offers users a lot of options. The Magento code is constantly updated and since it is user friendly, users d...
0

What is CloudLinux? How it works and its Importance in cPanel Web Hosting 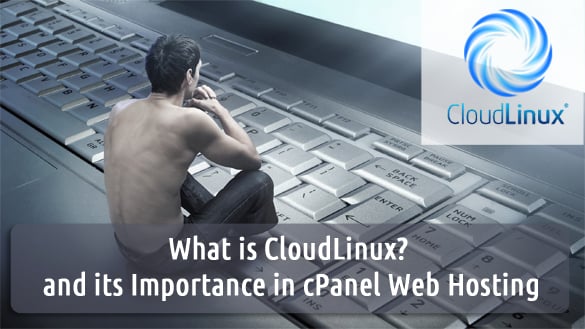 What is CloudLinux? How it works and its Importance in cPanel Web Hosting