What Is A Computer Server | Part 3

What Is A Computer Server | Part 3

There are many operating systems optimized for server work, particularly in families Unix, Mac OS X and Windows NT.

In these operating systems with emphasis is on computer security, especially confidentiality and availability, and the ability to perform many treatments simultaneously. The man-machine interface is often poorly developed, the servers are rarely handled.

In operating systems for server, a preemptive multitasking kernel provides the simultaneous execution of multiple processes. Each process is executed in a confined space (also called the Sandbox) so that the crash or unexpected behavior of this process does not affect other processes.

To ensure confidentiality, each process is attached to a user account (typically on behalf of the user running the application), and each transaction is subject to a control mechanism which will allow access or deny based permissions information, checklists or access privileges.

The servers being used by network operating system is equipped with various software’s to be used with many protocols involved, and can be used as a relay or routing. Other server software are included in the operating system.

The servers are often used to store large amounts of data. The operating system can perform automatically on regular routine tasks in batch. These are typical tasks of backup or archiving data.

As a minor, the man-machine interface of an operating system for server is undeveloped, and multimedia capabilities are limited: the machines often have no sound card.

The X Window System is a software man-machine interface in client-server included in almost all UNIX operating systems.

Starting and running software is done without human intervention, it can occur when you start the computer (also called boot) or upon request. Nothing is displayed on the screen and the software is invisible.

A file server responds to requests for the creation, moving, deleting, reading, modification or blocking of a file. Files are stored in mass storage server – mostly the hard disk – and handled according to customer requests.

A NAS is hardware / software turnkey intended exclusively for use as file server. The NAS recognizes several protocols.

A print server responds to requests related to digital printing. The documents are placed in queues and then sent to the printers.

The applications involve manipulating queues (one for each printer): reading the content, adding or deleting documents, queuing, and priorities. The server automatically sends the documents one after another to the printer. Documents may undergo changes in format to suit the characteristics of the destination printer. PCL and PostScript data formats common in digital printing. 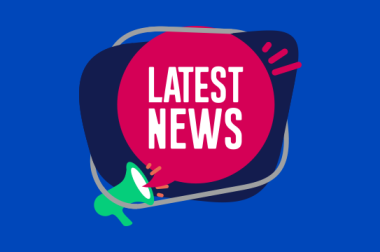 Welcome to our latest round-up of news from the technology and hosting world. Here’s what we’ve discovered this month. TikTok-Shop Following in the footsteps of Facebook and Instagram, TikT...
0
Back to Homepage