What Is Ethernet | Part 1

What Is Ethernet | Part 1

Ethernet ‘is an interconnect technology for LANs – Local Area Networks (LANs) – based on sending packets. It defines wiring and signaling for the physical layer, and packet formats and protocol layer for medium access control (Media Access Control – MAC) of the OSI model. Ethernet is standardized as IEEE 802.3. From the year 1990, it has been a LAN technology most widely used and has largely replaced all other networking standards such as Token Ring, FDDI, and ARCNET.

Ethernet was originally developed as one of the many pioneering projects at Xerox PARC – Palo Alto Research Center. It is understood, in general, that Ethernet was invented in 1973 when Robert Metcalfe wrote a memo to his bosses about the potential of this technology in local area networks. Metcalfe claims that in reality, Ethernet was developed over a period of several years.

In 1976, Metcalfe and David Boggs (his assistant) published an article, Ethernet: Distributed Packet-Switching For Local Computer Networks. Metcalfe left Xerox in 1979 to promote the use of personal computers and local area networks (LANs), and for that 3Com. He successfully convinced DEC, Intel, and Xerox to work together to promote Ethernet as a standard, which was published on September 30, 1980. Competing with them at the time were two largely proprietary systems, token ring and ARCNET.

Soon both were drowned by a wave of Ethernet products. In the process, 3Com became a major company. It is also the fact that 3Com is also known as U.S. Robotics, also a manufacturer of processors.

Ethernet is based on the idea of points on the network sending messages in what was essentially a radio system, captive inside a common wire or channel, sometimes called the ether. This is an oblique reference to the luminiferous aether through which nineteenth-century physicists believed that light traveled. Each point has a key 48-bit globally unique address known as MAC, to ensure that all systems in an Ethernet have distinct addresses.

It has been observed that Ethernet traffic has self-similarity properties, with important consequences for traffic engineering of telecommunications, etc.

A scheme known as Carrier Sense Multiple Access with Collision Detection (CSMA / CD) organized the way the computers shared the channel. Originally developed in the 60 to ALOHAnet – Hawaii using radio, the scheme is relatively simple compared to token ring network or central control (master controlled networks). When a computer wants to send some information, it obeys the following algorithm:

In practice, works as a dinner where guests use a common medium (the air) to talk to one another. Before speaking, each guest politely waits for another guest to finish speaking. If two guests start speaking at the same time, both stop and wait a little, a short period. It is expected that each guest to wait for a random period of time that both did not choose the same time try to speak again, thus avoiding another collision. The time is increased exponentially if more than one transmission attempt fails.

Originally, Ethernet was literally a share via coaxial cable, passing through a building or campus to every machine. The computers were connected to a transceiver unit interface or attachment (Attachment Unit Interface, or AUI), which in turn was connected to the cable. While a simple passive wire was highly reliable for small Ethernets, it was not for large networks where only one defect at any point of the wire or on a single Ethernet connector made all the stops.

Since all communications happen on the same wire, any information sent by a computer is received by all others, even if the information was intended for a specific recipient. The network interface card discards the information is not addressed to her, interrupting the CPU only when applicable packages were received, unless the board was placed in promiscuous mode of communication.

This “one speaks, all listen defined a means of sharing Ethernet security weakness, since a node on the Ethernet network can eavesdrop on all traffic on the wire if it so wished. Using a single cable also means that the bandwidth (bandwidth) is shared, so that network traffic could become very slow when, for example, the network and we had to be restarted after a power failure.

This problem was solved by the invention of Ethernet hubs, which form a network with physical star topology, with multiple network interface controllers sending data to the hub and hence the data are then relayed to a backbone, or to other network segments.

However, despite the physical star topology, the hub with Ethernet networks still use CSMA / CD in which every packet that is sent to a port on the hub can undergo collision, the hub performs a minimal amount of work in dealing with packet collisions.

Ethernet networks work well as a shared medium when the level of network traffic is low. Since the chance of collision is proportional to the number of transmitters and the volume of data being sent, the network can become extremely congested, around 50% of rated capacity, depending on these factors. To solve this, we developed “switches” Ethernet, to maximize the available bandwidth.

Most modern Ethernet installations use Ethernet switches instead of hubs. Although the wiring is identical to an Ethernet hub (shared Ethernet), with switches instead of hubs, switched Ethernet has many advantages over Ethernet media, including higher bandwidth and simplified wiring. But the biggest advantage is to restrict the areas of collision, which causes less impact on the shared medium causing better performance on the network. Switched networks typically follow a star topology; although they still implement a “cloud” single Ethernet from the standpoint of attached machines.

Ethernet switch “learns” what are the points associated with each port, and so it ceases to send non-broadcast traffic to ports other than the package is not addressed, isolating collision domains. Thus, the Ethernet switching can allow full speed Ethernet to be used by a pair of ports on a single switch.

Since packets are typically only delivered to the port they are intended for, traffic on a switched Ethernet is slightly less public than on shared-medium Ethernet. However, as is easy to subvert switched Ethernet systems by means such as ARP spoofing and MAC flooding, as well as by administrators using monitoring functions to copy the traffic network, switched Ethernet is still considered an insecure network technology.

There are four Ethernet frame types:

Different types of frame formats and have different MTU values, but can coexist on the same physical medium.

Ethernet Version 1 of the original Xerox had a field length of 16 bits, although the maximum size of a packet was 1500 bytes. This length field was soon re-used on the Ethernet Version 2 of Xerox as a field label, with the convention that values between 0 and 1500 indicated the use of the original Ethernet format, but higher values indicated that became known as one Ethertype, and use the new frame format. This is now supported in the IEEE 802 protocols using the SNAP header.

IEEE 802.x defined the field after the 16-bit MAC address as a length field again. As the format of Ethernet frames I no longer used, this allows software to determine if a frame is an Ethernet II or IEEE 802.x, allowing the coexistence of two patterns in the same physical medium. All frames have a field 802.x LLC. Examining the LLC field, you can determine if it is followed by a SNAP field.

The variants of 802.x Ethernet are not in widespread use on common networks. The most common type used today is Ethernet Version 2, which is already used by most networks based on Internet Protocol, with its EtherType set to 0x0800. There are techniques for encapsulating IP traffic in IEEE 802.3 frames, for example, but this is not common.

ethernet, What Is Ethernet

The .edu links count in the level of trust and hence it can enhance the power of the inbound links into particular domain. If you have good academic subject and relevant content knowledge and excelle...
4

What is Managed Hosting (Explained) 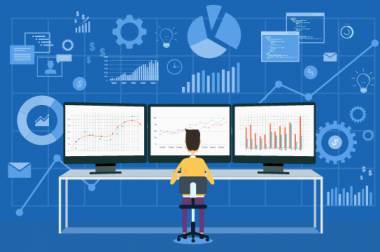 What is Managed Hosting (Explained)

Businesses that need to expand or upgrade their IT infrastructure have a range of possible choices. One of the most popular is managed hosting. In this post, we'll explain what managed hosting is, th...
0
Back to Homepage

WordPress Hosting – The Benefits of the WordPress Toolkit

6 Benefits of Changing Your Web Host