What is A Firewall System? Part 1

What is A Firewall System? Part 1

What is A Firewall System?

In Computer Science, as part of computer networks, a firewall (the English word from the original meaning of firewall, fire wall, fireproof wall, or even fender flame arrester) is a passive component of perimeter defense that can also serve as contact between two or more sections of the network. Usually the network is divided into two subnetworks: one, that external covers the entire Internet while the other internal, called LAN (Local Area Network) includes a section larger or smaller of a set of local computers. In some cases you may create the need to create a third subnet that (DMZ or demilitarized zone) which would include those systems that must be isolated from the internal network but they must be protected by the firewall.

A first definition closed firewall is:

Network device hardware or software that filters all incoming and outgoing packets to and from a network or a computer, applying rules that contribute to the security thereof.

Actually, a firewall can be achieved with a normal computer (with at least two network adapters and appropriate software) may be a function included in a router or be a specialized machinery. There are so-called “personal firewalls” which are programs installed on normal computers, which filter only the packets that enter and leave that computer, in which case it uses a single network adapter.

The core functionality is essentially that of creating a filter on incoming and outgoing connections, so the device raises the level of network security and allows users to both internal and external work in maximum security. The firewall acts on packets in transit to and from the inner area being able to perform operations on them:

This is thanks to its ability to “open up” the IP packet to read the information on its header, and in some cases also make checks on the contents of the package.

In addition to the firewall protecting the perimeter exists a second type, called “Personal Firewall”, which is installed directly on the systems to be protected (for this reason it is also called Firewall Software). In this case, a good firewall also performs a check of all programs that try to access the Internet on the computer that is installed, allowing the user to set rules that may grant or deny access to the Internet by programs themselves, this is to prevent the possibility that a malicious program can connect to computers outside adversely affect safety.

The principle of operation differs from that of the perimeter firewall as in the latter, the rules that define the traffic flow permits are set based on the IP source, destination and port through which it is granted the service, while in the user’s personal firewall is sufficient to express approval for a given application can interact with the outside world through the IP protocol.

Be noted that the upgrade of a firewall is important but not as vital as it is the updating of a virus, as the operations that the firewall needs to make are essentially the same. However, it is important to create rules that are correct in deciding which programs should have access to the external network and which ones should not.

Continued : What is A Firewall System? Part 2 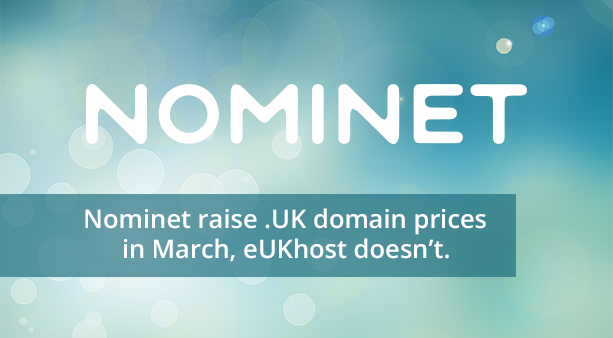 On March the 1st 2016, Nominet, the official registry for UK domains will be raising the wholesale price of all .UK domains by 50%. While an eventual retail price increase is unavoidable, as a thank ...
0

Building positive Word Of Mouth Word of Mouth marketing is probably the most initial methods of achieving success for any business. Due to its cost effective yet one of the highly efficient nature...
0
Back to Homepage

5 Ways a Blog Can Earn You Money