Versions of the Windows API

The Windows API can be divided into the following groups:

Structure of the Windows API

The Windows API, despite being written for performance reasons, a mix of assembler and C language, have a complex object-oriented model with a very uniform and a style that was an inspiration for many other projects.

The basic structure of the Windows API is largely unchanged from Windows 1.0 to date. There are three main groups of APIs: Kernel, GDI and user.

The kernel API provides applications with a high level interface to the services of the operating system kernel (memory management, processes, timing, etc.). On versions of Windows from Windows 1.0 to 4.9 (Windows ME), many of these APIs are simply references to the services provided by MS-DOS software interrupt. On systems with NT kernel, making the API calls to low-level API for NT Native API calls.

API GDI (Graphics Device Interface) are the graphics library for Windows systems. GDI virtualizes all graphics devices (monitors, printers, plotters) to have a homogeneous interface (called a Device Context) between the different types of devices. GDI also allows you to create and manipulate a set of graphical objects, including fonts, pens, brushes, bitmaps, etc..

The API user (from user interface) providing the service interface, based on the concepts of “window” and “message”.

Although the implementation of the Windows API is subject to copyright, there are proprietary implementations of other manufacturers and also several open source projects, among which we mention WINE to emulate the Windows API on Unix-type systems, and ReactOS aims to clone the ‘entire operating system.

The layering of new features over time, the need for a complete backward compatibility and the huge amount of overall features (currently several thousand) has made Windows programming with the API difficult and inappropriate to the standards accepted today. For this time were born in many libraries (in languages like C + + and others) who propose an object model more abstract and simple to use, transforming the Windows API interface low.

Examples of libraries that encapsulate the Windows API are:

The future of the Windows API

The history of the Windows API is at a crossroads: the intent of Microsoft should give way to the library .NET especially with the new Windows Presentation Foundation component, available in version 3.0. NET Framework. 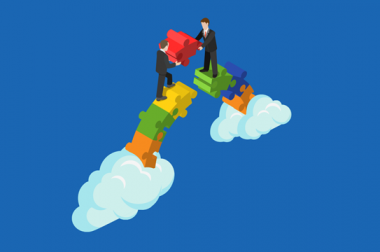 2018 saw important technological advances in cloud computing that made businesses take a fresh look at how it could help them achieve their goals. In 2019, we are likely to see a further shift toward...
0