With our vLite Managed VPS Hosting we support the very latest LTS (Long-Term Release) of Ubuntu – Ubuntu 12.04, as well as prior releases that are actively supported by Canonical with our vLite VPS Hosting. However, the only difference between using CentOS and Ubuntu is that the burstable RAM and CPU options are not compatible with Ubuntu nor is the cPanel and WHM control panels.

Are your vLite VPS Hosting managed?
Yes. All of our server-based and cloud-based hosting services are fully managed whichever operating environment you wish to use – whether Ubuntu or CentOS. Our qualified system administrators are available 24 hours a day to assist you with any aspect of server management and software installation including server security hardening.

What is vLite?
vLite, being a hardware virtualisation platform, your vLite VPS is an independent virtualised server environment on our server nodes with our eNlight Cloud Hyperviser sitting between the hardware and the vLite Virtual Servers to optimise the software installed on your vLite Virtual Private Server.

What is Ubuntu?
Ubuntu is one of the most popular Linux distributions on the desktop and is increasingly being deployed in large-scale deployments with corporations and government organisations. Ubuntu is commercially sponsored by Canonical by providing commercial support options to companies, organisations and individuals and has recently introduced new consumer-oriented services including Ubuntu One and the Ubuntu One Music Store that is integrated into Rhythmbox. 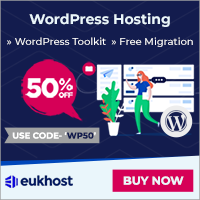