The relentless efforts of cybercriminals to attack organisations and individuals means that security is now a cornerstone of organisational operations. As the years go by, not only are cybercriminals finding smarter tools to carry out their exploits; they are also adapting their methodologies to the changing world we live in, as their targeting of remote workers during the pandemic clearly testifies. Here, we look at some of the emerging threats we can expect to see during 2022.

When organisations pay cybercriminals very large ransoms, other gangs are incentivised to carry out more attacks and demand even bigger payments. 2021, unfortunately, saw some of the biggest ransomware pay-outs to date, with one high-profile company handing over £30 million to decrypt its data. This is likely to lead to an increase in ransomware attacks and higher ransoms being asked for in 2022.

Cybercriminals wanting to do damage to an organisation are increasingly doing so by attacking their supply chain, rather than the organisation itself. Taking a major supplier offline through a malware attack or by carrying out a data breach can have devastating effects on its customers and their ability to continue their operations. The issue can become even more complex where suppliers and customers have linked or shared systems so that infections can spread from one to the other.

Globally, international relations are not particularly harmonious and this has led to what some call the cyber cold war, with governments and terrorist organisations carrying out cyberattacks on other countries. The aims are to steal information, destabilise and influence public opinion. Just as attackers will target businesses in a company’s supply chain, state-sponsored and terrorist cyberattacks are increasingly targeting key national infrastructure and public services, including the government agencies and private companies involved in delivering them. Expect to see more of these attacks during 2022.

An essential part of these strategies are misinformation campaigns, often delivered via social media, where fake news is spread to affect public opinion. We have seen this used to try and alter the results of elections in the last few years and to discourage people from getting Covid vaccines.

In the same way that websites are composed of core software, themes and plugins that all work in tandem together, many modern applications, particularly those used in the cloud, are composed of a suite of small, independently deployable microservices, each running their own processes. While this makes software easier to create, update and use, the number of microservices involved provides a wider range of targets for cybercriminals to exploit. In 2022, cybercriminals are expected to target even more vulnerabilities in cloud-based microservices as a way to launch more widescale attacks.

One of the new and most sophisticated weapons being deployed by cybercriminals is deepfake technology. Deepfakes use AI to create videos and voices that look and sound like real people. In 2020, there was even a deepfake Queen’s Christmas speech by Channel 4, that sought to highlight how convincing the technology could be. Today, cybercriminals are using deepfake voices as part of their phishing campaigns. In one attack, a bank employee transferred over £26 million to a cybercriminal’s account after speaking to what they thought was the bank’s director. As the technology becomes more available, including deepfake as a service, it is expected to be used more widely by attackers.

Not only are people spending more personal time on mobiles than on PCs; the shift towards remote working seen over the last two years means they are increasingly using them to connect with business systems to access communications and files. As a result, 2022 will see cybercriminals increase the number of malware attacks on mobile devices. With one recent survey showing that nearly 50% of organisations had employees who downloaded an infected app during 2021, there is a need to train staff about downloading from untrustworthy sources and to ensure that all devices are protected with mobile antivirus software and VPNs.

Cybercriminals are turning the tables on security companies by using the software used to defend systems to find better ways to attack. Security experts use penetration tools as a way to discover what a system’s weaknesses are, so those weaknesses can be eradicated. Not only have cybercriminals managed to get their hands on these often ‘top secret’ penetration tools; they have updated them for their own purposes. In 2022, they will be used to find weaknesses that can be exploited with ransomware or which enable data to be stolen.

While traditional methods of attack will continue, cybercriminals are becoming increasingly sophisticated in how they attack and are using far more advanced technologies to help them. It is imperative, therefore, that during 2022, security remains a high priority for all organisations.

For more information about our secure hosting services, visit our homepage.

What Happens if SMBs Fails to Comply with PCI DSS Compliance standards?

What Happens if SMBs Fails to Comply with PCI DSS Compliance standards?

PCI/DSS has been the result of multiple efforts towards defining a common framework for the implementation of security controls to protect payment card data. The rules of PCI DSS (Payment Card Indust...
0 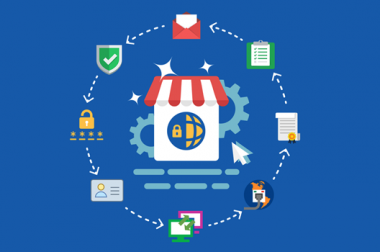 Businesses rely on their networks for their most critical operations and with so much at risk, especially with the increase in cyberattacks, it's essential you have a comprehensive plan in place for ...
0
Back to Homepage

How the Metaverse Will Impact Online Businesses