Linux vs Windows Which is the Best Operating System for You?

Linux vs Windows Which is the Best Operating System for You?

Whether you use shared hosting, VPS, a dedicated server or the cloud, when it comes to hosting your website or other applications, your choice of operating system (OS) boils down to either Linux or Windows. Which you choose depends on the needs of your business, the applications you wish to run, your technical expertise and your budget. In this post, we’ll take a look at both OS to see their advantages and disadvantages.

With Windows, you know you are getting an operating system created by the world’s leading software company, Microsoft. However, as a proprietary software with professional support, it comes with a cost. Linux, on the other hand, which is open-source and community-developed, is free.

Relatively simple to set up, Windows is more or less a complete solution, offering the flexibility of remote desktop access with the intuitive user-friendliness of a graphical user interface. Additionally, and unlike Linux, it provides this without the need to undertake command-line programming.

Those companies using other Microsoft software, such as Office 365, find obvious advantages in using Windows, as the native OS is fully compatible, out of the box, with other Microsoft applications. The same goes for using Microsoft SQL databases. Indeed, these are incompatible with Linux unless you use a Windows emulator and to do this you would still need to buy the Windows OS and the database software. As this is the case, it can make more sense for Microsoft SQL users to stick with Windows.

Similarly, Windows is the solution for those organisations that need to use scripting frameworks, such as ASP and ASP.NET, as the embedded scripts in an ASP can only run on Windows servers. Linux is unable to processes these scripts before a user’s page can load.

Linux benefits considerably from being open-source and this has enabled several operating system distributions to be developed, including Fedora, Ubuntu and CentOS. Additionally, and unlike Windows, developers can take its freely available source code and make any changes or enhancements to its software functions, which not only helps users to eradicate bugs and vulnerabilities, but to edit features in order for it to do new things and work with prototype applications.

From a financial perspective, being open-source means there is no software licence to pay for and so, in comparison to Windows, using it is more cost-effective as your provider won’t need to charge you for it.

While Windows is compatible with Microsoft software, Linux works with most open-source software, like WordPress, meaning software licencing can be less expensive across the board. What’s useful is that Linux also enables users to run Microsoft programs as well, giving it a broader versatility, including the ability to use legacy applications which require a Windows emulator though obviously, the user will need to pay for using any proprietary software.

Linux servers also offer other advantages. Their applications generally aren’t as resource-hungry, making them less liable to become sluggish under heavy workloads, and if needed, the servers can be modified without rebooting.

Another advantage is that Linux is more secure than Windows. This is simply down to the fact that, as the World’s leading OS, Windows has become the main target for hackers. The vast number of PCs using Windows just means there are more Windows computers to attack and so this makes it a more attractive OS to target.

Generally, Windows is easier to install and manage than Linux. However, as many companies are now making use of managed server hosting, this task is increasingly being done by the hosting provider. However, it may be a consideration for those purchasing an in-house system.

The same logic applies to technical support, which together with updates and patching comes included with a Windows package. If you use a Linux OS, in-house users will need to provide their own support or buy it in. Of course, this isn’t the case where the server is hosted for you, as with both systems, technical support, updating and patching will be included in the hosting package.

Windows and Linux are both excellent operating systems that have their own advantages and constraints. Your choice depends on the applications you use now and intend to use in the future, your expertise and familiarity with the systems and whether they provide you with the means to achieve your business goals. Pricing is also a consideration; however, if Windows is the best option in terms of what you need to achieve, then it is worth paying for.

If you are looking for Windows or Linux hosting, visit our homepage to see our range of shared, VPS, cloud and dedicated servers all available on both OS.

The Metrics Every E-Commerce Store Should be Tracking 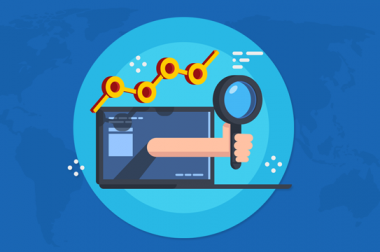 The Metrics Every E-Commerce Store Should be Tracking

You have a new eCommerce store where you are trying to claim your bit of the market. You have done your product research; your ads are in place and you're sure people will visit your e-commerce store...
0
Back to Homepage