Amazon’s Ring brand, best known for its webcam doorbells, has just announced the launch of its latest security device, the Always Home Cam. The device is essentially an indoor video drone that you activate when leaving the house or business premises. Should an intruder be detected, the drone will fly towards it and video any activity it detects. As with its other security products, users will be notified by the app if there is an alert and will be able to watch the video in real-time.

To allay any concerns that the device might be used by Amazon to spy on the home or business owner, the Always Home Cam is housed in a specially designed box that obscures the camera’s view. In this way, it’s unable to record images when not flying, which it only does when the homeowner or business owner is away and an unauthorised person is on the premises.

The dron’s main limitation is that it can only work on a single floor, so if you have multi-storey premises, you’ll need multiple drones.

An unsecured Microsoft server left open on the internet for almost a week contained a database of 6.5Tb of Bing’s mobile app user data. The server, which had neither password protection nor encryption, was accessible from the 10th to 16th of September.

The live database, which was still being added to at the rate of 200Gb a day while it was exposed, contained user’s search terms, search times, GPS locations and the URLs clicked on in search results, as well as the devices which were used, their operating systems and Bing assigned ID numbers of the users. It’s a reminder to every one of the need to be vigilant with server and data security.

Boffins at Heriot-Watt and Edinburgh universities have developed an Alexa-type natural language platform that enables engineers to communicate with autonomous robots. Autonomous robots are increasingly used in hazardous environments to prevent the risk of human injury, and despite their use of AI and ML to carry out tasks independently, communicating with them has always been difficult.

The MIRIAM system, which stands for Multimodal Intelligent inteRactIon for Autonomous systeMs, uses a natural language interface to let controllers ask questions of the robots and get responses in English. The system is being used to increase human trust in robotic devices working in demanding environments. While robots make some decisions by themselves, such as changing direction to avoid a collision, it is not always clear to the human controller why the decision was made. Miriam now makes it possible to find this out and this can help humans trust the devices better.

With the Internet of Things set to expand dramatically over the next decade, Intel has begun to develop processors specifically aimed at meeting the needs of businesses that use it.

The new processor’s performance is over 20% better than the 10th Generation processors and performs three times better with graphics, processing up to 40 1080p video streams at the same time and outputting four 4K channels and two 8K channels. Their AI-interfacing algorithms, meanwhile, can process 96 graphic execution units.

Intel sees the processors being used in the real-time control systems of robotics, for autonomous vehicle control and fleet management, point of sales systems in retail and for medical devices that need AI and high-resolution computer vision.

Unilever, the British firm that makes everything from baby food to cleaning products, is migrating to the cloud in a drive to better understand the impact its business has on the environment and to create an eco-friendlier supply chain.

The multinational manufacturer is to build a platform that uses big data analytics to help it and the companies it supplies source more sustainable commodities. Together with AI and satellite imaging, it will use the cloud to attain a clear understanding of the woodland, water cycles and biodiversity that are impacted by its operations. This will allow it to gain insights into how the company affects the environment and local communities so that it and its suppliers can make environmentally-friendly interventions.

With over 400 brands and 2.5 billion customers using its products every day, Unilever is aware of its large impact on the global environment and sees the move to the cloud as the first step in making it a more responsible and transparent manufacturer. 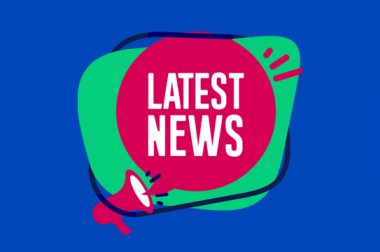 Welcome to our latest round-up of news from the technology and hosting world. Here's what we've discovered this week. FBI swamped by cybercrime The FBI has been inundated with reported cyberc...
0 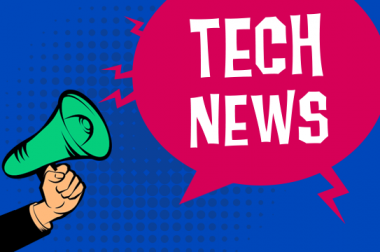 Welcome to our latest round-up of news from the technology and hosting world. Here's what we've discovered this week. Don't let the bedbugs bite Bedbugs are bad for the hotel business; they can...
0
Back to Homepage