According to LinkedIn, the number of technology vacancies advertised on the platform at the end of 2020 dropped by 57%. This was despite a 73% increase in companies looking for AI talent and a rise in demand for cloud expertise. The biggest growth was in the north of England, especially in robotics, where demand in Newcastle rose 450%. The overall decrease was due to the reduction in vacancies in cybersecurity and data analytics, both of which fell by over 50%.

These figures go hand in hand with a 40% decline in the numbers of school children opting to take IT-related GCSE courses over the last six years and news reports showing that many unemployed tech professionals have resorted to freelancing for cybercriminal gangs during the pandemic in order to earn a living.

The UK government’s review of its military strategy has led to a shift in focus towards modern technology. The new proposals include downsizing the number of troops from 80,000 to 70,000 and equipping the army with increasing numbers of robots and drones. At the same time, there will be greater emphasis on cyber-operations for both offensive and defensive purposes. The government has also announced that it will reduce the number of US-made F-35 fighter jets and replace them with British-made Tempest fighters manufactured by BAE Systems. The positive news for UK companies is that developing the military technology of the future will involve increased collaboration with the private sector.

Globally, the world is moving with increased pace towards a tech-dominated military. The US and China, the biggest defence spenders, have invested heavily in artificial intelligence for gaining strategic advantages and quantum computing for breaking communications encryption. The US has also hinted that some countries have begun researching the potential of editing troop’s genes to help them perform better on the battlefield.

According to reports, the Alder Lake processor’s Gracemont Cores can carry out multi-threaded workloads at twice the speed and its Golden Cove core boosts single-threaded performance by a fifth. The SuperFin versions of the chip contain eight of each core type.

Designed for the desktop market, the 12th-gen Intel Core Alder Lake chips which were first unveiled at January’s CES convention will be available in the latter half of this year. Let’s hope overall manufacturing capacity can meet the global demand for chips by that time.

If video-conferencing fatigue is becoming a problem for your employees, Google’s new Threadit tool might be the ideal compromise. A form of TikTok for business use, Threadit is a recording platform that makes short videos that staff can use to share work and collaborate.

Ideal for keeping things concise and for those who don’t like addressing larger audiences, the tool lets employees record themselves talking and switch to screen images as and when needed. Threadit also allows groups of short clips to be combined into longer videos and without any need to edit them together.

Available as either a Chrome extension or via the Threadit website, their tool is designed to work without any additional setup and to integrate with Gmail. Users have control over whether viewing is restricted or public and can block viewers responding to the videos.

Is Brexit the end of GDPR?

Although the UK has no plans to let its data protection standards slip, Digital Secretary, Oliver Dowden, has suggested that the government will look at ways to move away from GDPR to find a solution that will help the UK’s economy recover from the pandemic and encourage future growth. While this won’t mean abandoning GDPR completely, it does hint that within the UK, data protection regulations will be tweaked.

What Dowden refers to as a sweet spot is a situation where the UK’s data protection regulation is as strong as that provided by GDPR but where the focus is on achieving better economic outcomes and reducing the burdens of regulation on businesses.

Any changes that do take place, however, may have to be with the EU’s approval. In order to maintain the free-flowing of data between the EU and UK, the UK must ensure that the data adequacy decision the EU recently recognised isn’t affected. 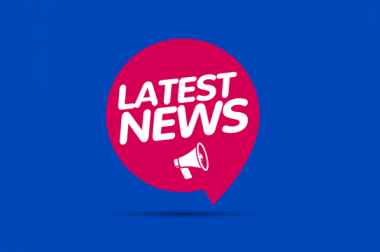 Welcome to our latest round-up of news from the technology and hosting world. Here's what we've discovered this week. Apple's ambitious carbon neutral target Following previous announcements by...
0 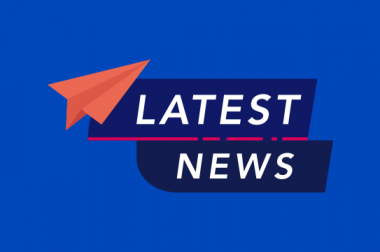 Welcome to our latest round-up of news from the technology and hosting world. Here's what we've discovered this month. Why hackers love a pet owner Try to write down all the pet's names you can...
0
Back to Homepage