We’re on the move

eukhost, along with parent company, Hyperslice and sister company, Webhosting UK, have relocated to new headquarters at the prestigious Platform Tech Hub, right in the centre of Leeds. The move brings our expertise closer to the city’s thriving business community while offering easier transport links to customers across the northern powerhouse. At the same time, our presence at Platform will enable us to develop new partnerships within the region’s tech industry and support its many new startups.

Besides relocating our HQ to Leeds, we’ve also opened new offices for eukhost and Webhosting UK technical teams in York. Both the Leeds and York offices offer strategic access to northern data centres and will play a key role in our £4 million development plan. This will see the group expand its research and development over the next two years, particularly into energy-efficient website platforms, and will see the creation of a new, sustainable, northern-based data centre.

A Finnish firm specialising in removing the debris caused by building demolition has begun to use robots so that much of the waste can be recycled rather than being burnt in incinerators. The debris is transported on conveyor belts where an army of robotic arms pick up anything recyclable and place the different types of material, e.g., plastic, wood, brick, etc. into separate containers.

The robots’ ability to recognise different types of material and separate them from each other is down to its use of artificial intelligence combined with sensors and lasers that scan the debris. AI also enables the robots to be trained to pick out different types of junk so that operations can be extended in the future. With global demolition waste set to exceed 2.2 billion tonnes per annum by 2025, the robots could have a significant impact in helping the environment.

According to the UK’s National Cyber Security Centre (NCSC) organisations researching and developing Covid vaccines were some of the main targets of cyber criminals during the last 12 months. During that period, 20% of all attacks were against health organisations, with a growing number of these being ransomware attacks.

The agency dealt with nearly 800 vaccine-related incidents during that period, a new record. This included an attack against Oxford University, where scientists were developing the AstraZeneca vaccine. The NCSC said this attack could have caused serious problems for the country’s Covid response if it hadn’t been thwarted.

While location, number of bedrooms, house size and access to transport links are still important criteria for home seekers, research from Chinese tech giant Huawei, carried out in the UK, has shown that house buyers and renters are increasingly looking for – and willing to pay more for – properties with faster broadband connectivity. Indeed, 20% of potential buyers considered it their highest priority, while many have abandoned a purchase because of a lack of high-speed fibre connectivity.

With a third of all buyers seeking houses with broadband speeds of more than 300Mbps and a quarter wanting 1Gbps, estate agents say homes with these connection speeds can sell for up to £5,000 more.

The UK is taking its first steps towards the development of a digital currency next year when the Bank of England and the Treasury launch a formal consultation to consider the design and potential benefits of a central bank run digital money system. Rather than replacing cash and bank deposits, the new currency would provide an alternative way for individuals and businesses to pay for goods and receive payments.

While no final decision has been agreed about whether to develop a digital currency, as one of the world’s leading financial centres, the UK cannot see itself lagging behind developments in other countries, where several central banks are already developing digital currencies of their own. Of particular note here is China, which is already testing its digital yuan in Beijing and Shanghai.

Members of one of the world’s most prolific and notorious hacking gangs, REvil, have been arrested as part of a global police operation. Operation Gold Dust, launched by Europol and involving international crime agencies, has led to the arrest of seven suspected gang members in Kuwait, Romania, South Korea and Ukraine.

At the same time, specialist law enforcement cyber experts counter-hacked the gang in a sting operation, seizing over £4.5 million in cryptocurrency that had been made from its criminal activities, including the ransoming of over 5000 companies across the globe. As a result of the operation, REvil has said it has permanently shut down, with leaders citing police pressure as their reason.

For anyone trying to get the cheapest internet available, there are tons of options available. Some providers offer completely free service. But the trade-off is permanent pop ups along the bottom of...
2

What is Server Side Scripting (Guide of Pros and Cons) 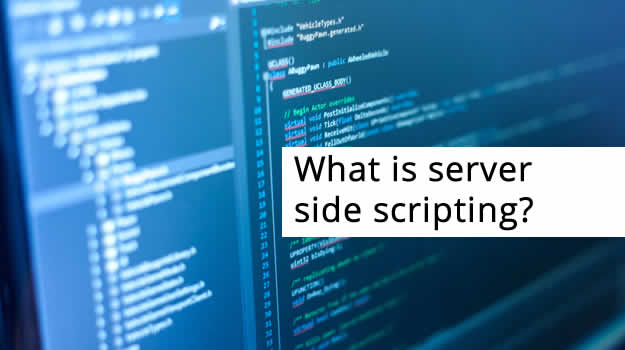 What is Server Side Scripting (Guide of Pros and Cons)

During the early years of the internet, users were presented with what are called static web pages; basic HTML pages that appear exactly the same for every user. As the internet developed, the need g...
0
Back to Homepage