Following in the footsteps of Facebook and Instagram, TikTok, the social media platform famous for its short and often funny videos, is about to make its first foray into shopping. December will see it produce a live shopping and entertainment event where users will be able to buy products directly from the platform.

With huge growth in users following its success during the lockdown, the company sees itself as ready to rival Facebook and Instagram in selling directly to the public and has invested significantly in its social shopping features. As lots of consumers use TikTok to discover the latest things to buy, brands looking for new online outlets to compensate for the decline in physical stores see it as a potentially lucrative marketplace for the future. Indeed, by 2023, the number of social media shoppers, just in America, is expected to reach 100 million.

With live cinema audiences at an all-time low after the pandemic, it’s harder than ever to get the green light to make a movie – unless, of course, it’s a Christmas movie. With the watching of Christmas movies now as much of a tradition as pulling crackers, producers have broken records this year getting more festive films made than ever before. According to the IMDB (Internet Movie Database), 2021 will see the release of no fewer than 200 movies with the C-word in the title – that’s four times as many as a decade ago.

Of course, most of these are going to go straight to TV and streaming channels, so that’s great news for anyone looking for something different to watch after they settle down after Christmas dinner.

McDonald’s has opened a ground-breaking new restaurant in Market Drayton, Shropshire, which is the first eatery in the UK to be verified as ‘net zero emissions for construction’ using the UK Green Building Council’s net zero carbon buildings framework.

Not only is the restaurant powered by solar panels and a wind turbine; it’s got eco-friendly construction too. The building’s cladding is made from recycled IT products and household goods, it has sheep wool for insulation and its signage is made from used coffee beans.

After facing criticism in the past for not reducing the environmental impact of its supply chain, this is a positive move for the company and one it is already expanding to other areas, using the innovative approach from Market Drayton as a blueprint for future new builds.

Virgin Media O2 has upgraded its entire network of over 15 million homes to speeds of up to 1,130Mbps. That’s twenty times faster than the 50.4Mpbs speed of the average UK home. In doing this, the company has single-handedly helped the UK government deliver two-thirds of its election pledge to achieve nationwide gigabit speeds and has done so in just two years.

One of the reasons the company was able to do this so quickly was that it already had the fibre cables in place to achieve the speeds and just needed to update its systems so they could deliver faster performance. This enabled it to boost capacity and increase download speeds without having to dig up roads and install new cabling. Unfortunately, other providers don’t have that luxury, as upgrading will be more expensive, take longer and create more disruption for drivers.

$650,000 sounds like a reasonable price for a superyacht, considering some of the world’s most expensive yachts go for hundreds of millions of dollars. Even better when its four storeys come complete with lounge areas, two helipads, hot tubs, a DJ booth and dance floors.

Well, it would be a reasonable price if the Metaflower, that’s its name, was actually a real yacht – but it’s not. Rather, it is a virtual yacht, part of the Republic Realm’s ‘The Fantasy Collection,’ luxury NFTs (Non-Fungible Tokens) line of products developed for the Sandbox metaverse platform. This fact didn’t, however, stop someone shelling out two-thirds of a million dollars for it during December.

NFTs, which protect assets using blockchain, have become increasingly popular as investors and collectors look to the digital market for investments. Indeed, the $650,000 paid for the yacht pales in comparison to the $63M paid for a digital art collage by digital artist Beeple. Quite how you wrap these items up for Christmas presents we don’t know.

How to Use Outlook Express

How to Use Outlook Express

Outlook express is e-mail application which is used world-wide. It is easy and usefull tool. It also provides a calendar, task and contact management, note taking, and a journal. Steps to use ...
0

Network attacks, security breaches, hacks and things similar tend to wreck the system with varied intensities. If you are a system administrator, despite every possible security measure in place, you'...
0 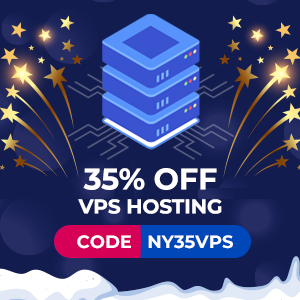