While electric cars may be the trendy way to travel today, by next year, many people may be wanting to trade in their Tesla for a Jetson. Made in Sweden, this all-electric vehicle has one big advantage over the electric car – you won’t have to travel on congested roads. Indeed, you won’t need to travel on any roads at all.

The Jetson ONE is an electric vertical take-off and landing vehicle (eVTOL) and is basically a drone scaled up so it can be piloted by a person. And because of its small size, weight and maximum speed of 63mph, in some countries, you don’t need a pilot’s licence to fly it.

Set to be launched in 2023 at a cost of £77,000, it’s cheaper than some of the top of the range electric vehicles currently available and possibly has a quicker delivery timescale. And you get flight training included in the price.

Elon Musk, now the world’s richest person, seems to have his fingers in every kind of pie. If you think electric cars and missions to space were hi-tech, his Neuralink project is even more ambitious. His company have developed a chip that, when planted into the brain has enabled a macaque monkey to use a games controller with its mind – just by thinking about the move it wants to make on-screen.

Neuralink’s long term aim is to develop the chip so that when planted into the human brain it can enable paraplegic and quadriplegic people to regain control over their bodies. In the short term, it wants them to be able to use devices like phones and computers without the need to touch them – just like the monkey could. The project is now so advanced, Neuralink is recruiting a clinical trial director to oversee trials in humans.

Following in the footsteps of Amazon and the big supermarkets, Aldi has joined the race to offer checkout-less stores. Its new trial store in Greenwich is not only checkout-free; shoppers don’t even need to scan their items. Using shelving that accurately measures weight, together with hi-tech CCTV and the company’s advanced Aldi Shop & Go apps, the system can accurately work out what people have chosen and charge them automatically through the app when they leave.

With so many supermarket brands now trialling this technology, it seems likely that checkout-free stores will become the norm in the future. While such a hi-tech rollout would be expensive in the short term, it does offer the potential to help keep prices lower; however, it will have a significant impact on employment in the sector.

Yet another local authority IT system has been taken offline by cybercrime. An email believed to contain the Sleeper malware, which is often associated with Russian hackers, infected Gloucester Council’s system shortly before Christmas. It is understood the email, which could be part of a targeted phishing campaign, was sent to a council officer earlier and had been lying dormant before being activated.

The attack has taken down parts of the council’s website, including its planning and customer services, online revenue and benefits areas. As a result, online applications for council tax support, housing benefits and other services are either delayed or offline. The council is working with the National Crime Agency and the National Cyber Security Centre on the matter.

Full-time remote working, it seems, is not on the Google agenda. Its sweet spot is to have employees back in the office three days a week and in the UK, where its employee numbers are set to rise from 6,400 to 10,000, it is investing an eye-watering £730 million (a billion dollars) to put that in place.

Much of this will be to pay for the Central Saint Giles site in London, which it currently leases. The additional costs will be to transform the building for future use and bring it to the same standard as the new offices it is also building at King Cross. The transformation will also increase capacity by 50% for additional staffing in the future. Once finished, the refurbished offices will have collaboration and hybrid working spaces, places where staff can work outdoors and offices that are not so densely populated as they are now. 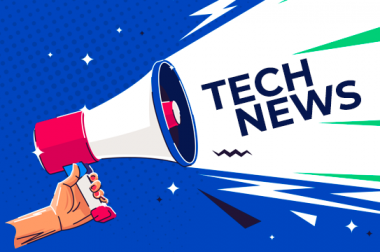 Welcome to our latest round-up of news from the technology and hosting world. Here's what we've discovered this week. Google filling in the blanks While everyone is keeping in touch using vid...
0 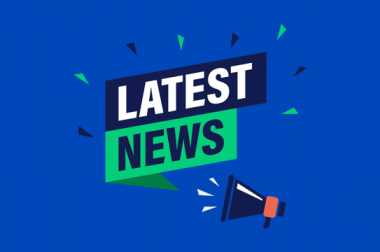 Welcome to our latest round-up of news from the technology and hosting world. Here's what we've discovered this month. UK maintains GDPR status after Brexit There's been some good news for UK c...
0
Back to Homepage