US president, Joe Biden has told organisations and companies in the west to ‘lock their digital doors’, with intelligence reports claiming that Russian backed hackers are preparing to carry out cyberattacks in retaliation for western sanctions and the military support of Ukraine. Of particular concern are attacks on key infrastructure, such as energy, healthcare, defence and transport, and the use of highly infectious ransomware, similar to WannaCry, which caused global chaos in 2017, including affecting over 300,000 NHS computers.

At present, most of the hacking taking place is focused on Ukraine and Russia and mainly by vigilante groups on either side of the conflict. The well-known activist hacking group, Anonymous, has even declared war on Russia.

Solihull Council is trialling an airport shuttle service around Birmingham airport using a 10-passenger, driverless bus purchased using a £250,000 grant. Built in nearby Coventry by local company, Aurrigo, the vehicle’s automated driving technology uses a combination of GPS, specialist cameras and Lidar sensors to follow routes, see traffic and pedestrians in the road, and measure distances. However, for safety, it is limited to a top speed of 20 miles an hour and there is a driver behind the wheel who can step in and take over at a moment’s notice should the need arise.

Called the Auto Shuttle, the current trial will run for six weeks. If all goes well, this could be a permanent feature not just in Birmingham but at airports across the country.

While ads for the latest Apple and Samsung smartphones are constantly on the TV, it seems that 90s-style ‘dumbphones’ as they are affectionately called, are making something of a comeback. Internet searches for them have increased almost 90% over the last three years and sales have risen from 400 million in 2019 to one billion in 2021. With smartphones sales last year at 1.4 billion, dumbphones are taking up a big share of the market.

With no internet connection and providing little more than phone calls, text messages, basic games and radio, the reason for this retro trend has been put down to several factors. These include their regular appearance on TikTok, a desire to be free from the constant distraction of smartphones, their low-cost and better battery life and pure nostalgia – particularly since Nokia relaunched the classic 3310 handset. It is estimated that one in ten of the UK population now uses a dumbphone.

It is almost impossible for robot designers to program a robot to make the millions of different decisions needed to move across any type of terrain and manoeuvre around obstacles in its path. Boffins at MIT’s Improbable AI lab, however, have come up with an even better solution for their robot cheetah, they have programmed it to learn how to walk and run for itself, even changing gait and speed for different surfaces.

Using AI and a specialised form of machine learning called reinforcement learning, the cheetah can learn just like people, using trial and error to modify its movement and behaviour after it experiences a new terrain. As a result, the robot cheetah can achieve speeds of 3.9 metres per second, a record for a quadruped robot. It still has some way to go before it can outrun real cheetahs, however; they can reach top speeds of 29 metres a second.

This year, companies around the globe will spend over half a trillion pounds on advertising, 62% of which will be for digital ads. For many firms, an advert can be a stab in the dark, with no guarantee that the creative input will result in a successful return on investment. Now, however, there are a growing number of firms that use advanced technology that can give a more accurate prediction of how well an advert or advertising campaign will do.

Rather than using the traditional method of asking viewers their opinion of an ad, these companies use ad-testing technology to record viewers’ emotional reactions. A webcam watches them viewing an advert and then uses facial mapping apps to analyse the emotional responses shown in their facial expressions. Additionally, viewers may also be asked to give feedback by indicating the type of emotion they feel when viewing.

Although this is a very sophisticated way to analyse a response, the cost of producing an advertising campaign and the impact its success or failure can have means, for many companies, it’s becoming an integral part of the marketing process.

Magento is an open source shopping cart software application. It is very user-friendly and offers users a lot of options. The Magento code is constantly updated and since it is user friendly, users d...
0 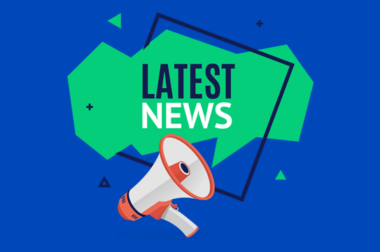 Welcome to our latest round-up of news from the technology and hosting world. Here’s what we’ve discovered this month. Energy as a Service takes off The rise in energy costs and demand for ...
0
Back to Homepage