German police have shut down the world’s largest darknet site, Hydra, after a tip-off showed them that the Russian-based platform was hosted in Germany. With 19,000 registered sellers and 17 million customers, mainly from Russia, Ukraine, Belarus and Kazakhstan, the giant marketplace was a hotbed for the sale of illegal drugs, hacked data, forged documents, digital currency laundering and other cybercriminal services. Many of the drugs for sale were offered on a same day ‘dead drop’ delivery basis.

As a result of the tip-off, the site’s servers have been seized and over £16m in Bitcoin has been confiscated. In addition, the US has issued sanctions against the Hydra organisation.

Boffins at the University of Bristol have developed a process to create 3D-printed fingertips that give people with prosthetic hands the potential to sense touch in a similar way that the human skin does.

After studying the make-up of human skin, the researchers used 3D printing to create an artificial skin with a mesh of minute bumps. These bumps produce signals similar to those sent by nerves in the human body.

The overall aim is to produce artificial skin that looks, feels and works just like real skin. The 3D printing developed at Bristol helps make this possible because it can mix soft and hard materials in a way that replicates the structures of the skin.

The project is still a work in progress, however. While the readings from artificial skin are similar to nerve readings when touching rigid materials, they are not yet as sensitive to surfaces with fine detail. To achieve this, the printer will need to work on a microscopic level.

Hard to believe but true, scientists in Hong Kong have developed a magnetic robotic slime that can reshape and self-heal and which is capable of travelling through the narrowest of channels and can encircle and move smaller objects.

With the properties of both a solid and a liquid, the slime’s magnetic particles can be controlled by other external magnets, enabling it to travel, rotate and form C and O shapes. This gives it many useful applications, the most beneficial of which is its potential to travel through the human body and delicately remove harmful foreign objects from the ears, nose or digestive system. It also has industrial uses, for example, it can wrap itself around and reconnect loose wires and use its own conduction properties to re-establish electrical connections. It can also remove debris from within systems, for example, a blockage in a car’s cooling system.

The world’s two richest people, Elon Musk and Jeff Bezos are battling it out to become the world’s biggest satellite broadband providers. Amazon’s Project Kuiper is developing three new rockets, supplied by Bezos’ Blue Origin, that will, over the next five years, create a constellation of over 3000, low orbit satellites. Together, these will deliver reliable, super-fast, low-latency broadband across the globe to governments, businesses, organisations and homes. According to Amazon, the 83 launches it plans to carry out by 2027 will be the largest commercial use of launch vehicles in history.

Bezos is not winning the race, however. Rival project, Starlink, belonging to Elon Musk, already has a working rocket in the Falcon 9 and has put 2,300 satellites into orbit. The company’s long-term plan is to deploy around 30,000 satellites. At the same time, Starlink has developed a terminal that lets users on the ground connect directly with the satellites. The government of Ukraine has recently been handed 5000 of these to help it stay connected during the conflict with Russia.

Boeing jets to the cloud

After a turbulent ride over the last few years, aeroplane manufacturer, Boeing, is undertaking a huge cloud migration in order to move away from on-site legacy systems. These obsolete systems present major infrastructure challenges and require considerable maintenance which, together, have hindered the development and deployment of digital solutions across the business.

It is hoped the migration will give employees greater agility and ownership of their projects and enable the company to streamline processes while making data easier to access and more secure. Following the highly publicised problems with the 737 Max, the migration will allow Boeing to test systems and aircraft hundreds of times, using digital technology, before it is deployed. Visit our website for more news, blog posts, knowledge base articles and information on our wide range of hosting services. 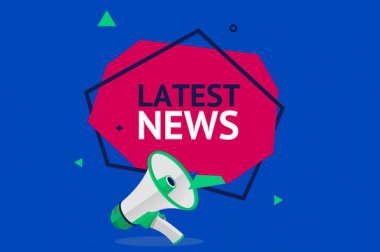 Welcome to our latest round-up of news from the technology and hosting world. Here's what we've discovered this week. Zoom just a flash in a pan? The media has been full of news about video app...
0

What is Digital Subscriber Line (DSL)?

What is Digital Subscriber Line (DSL)?

Digital Subscriber Line (DSL) is a method of internet connection which gives the user the ability to connect to the internet at an very high rate of speed over their regular phone lines by using spec...
0
Back to Homepage