While traffic lights undoubtedly bring many benefits to road users, their inflexible timings mean that some drivers can get stuck behind them in very long queues. Now, researchers at Birmingham’s Aston University have developed new traffic lights with artificial intelligence built-in in a bid to reduce junction tailbacks.

Using real-time camera images, the new system’s AI is able to modify how frequently the lights change and for how long they stay green so that traffic keeps flowing. This has been achieved by teaching the AI to approach different traffic scenarios through the use of a simulator. The AI sees traffic control as a game in which it gets rewarded for cars that pass through green and penalised for those stuck at red.

Aside from cutting journey times, the new system also helps with sustainability. Urban drivers regularly stuck in congestion lose hundreds of pounds a year in wasted fuel, all of which releases thousands of tonnes of CO2 and other pollutants into local environments.

Boffins at the University of Cambridge have successfully developed a way to power IoT microprocessors using algae, the blue-green slime we often see floating on the top of stagnant water. Using a system not much bigger than an AA battery, they managed to keep a processor powered continually for over a year. Like plants, algae photosynthesise energy from the sun and this energy creates an electric current that powers devices via an aluminium electrode.

The algae battery has some significant advantages over other forms of battery. As it’s solar-powered, it never powers down, it’s a renewable energy source and as it doesn’t require materials like lithium or battery acid, it’s incredibly environmentally friendly.

If you think the local village Co-op is not the place to find cutting edge technology, think again. Van delivery is not the most cost-effective in areas with small populations, so, rather than leave customers without, the Co-op has joined forces with Starship Technologies to provide a completely 21st Century solution: robot delivery.

Already available in Northampton and Milton Keynes, the service is now about to be launched in the village of Cambourne, in Cambridgeshire. The small, box-shaped robots can navigate their way around the village and any obstacles in their way using computer-based vision, a system that incorporates sensors, AI and machine learning. They travel at a safe speed of 4mph and, impressively, are powered by zero-carbon electricity. Even the local council has joined in the partnership as part of its policy to cut pollution and reduce the number of car journeys on the village’s roads.

New research by the Irish Council for Civil Liberties has revealed just how often people’s data is shared with firms that make bids for online advert placements. In Europe, the average internet user has their data shared 376 times every day. The figure in the US is twice that.

While the companies that purchase the advertising space don’t see the data themselves, the brokers working for them do – on their screens and in real-time. And while personal data is not included, what they see can include information about the user’s device, location, websites they have visited and the subject matter of the pages being accessed.

Though the income from online advertising helps to keep our favourite services cost-free, the Irish Council for Civil Liberties, along with other organisations, consider this form of sharing a data breach on the grounds that individual users have not consented to their data being used in such a way.

As technology advances, there seems to be nowhere where it cannot be put to good use – even the humble sock. Dr Zeke Steer, a defence industry software engineer who worked at Bristol Robotics Laboratory, developed the smart sock to find a way to help a relative with dementia. By incorporating sensors and a transmitter, the socks have become a wearable IOT device that can send a constant stream of data about the wearer’s heart rate, sweat levels and motion to an app developed for their carers. The data provided can then alert the carers if the wearer is in distress and needs intervention.

The socks aren’t just suitable for dementia sufferers either, they can also be used by those with autism and people with other needs. 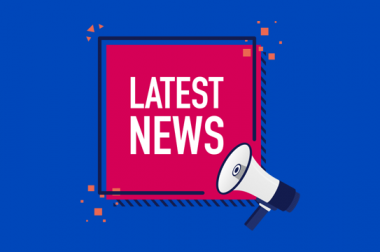 Welcome to our latest round-up of news from the technology and hosting world. Here's what we've discovered this week. Amazon's Indoor Security Drone Amazon's Ring brand, best known for its webc...
0 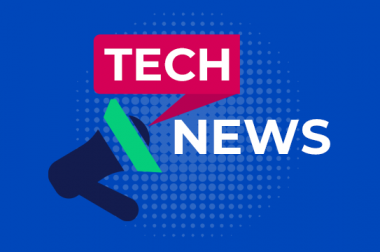 Welcome to our latest round-up of news from the technology and hosting world. Here's what we've discovered this week. Ransomware causes havoc Multinational facilities management company, ISS...
0
Back to Homepage

10 Smart Ways to Protect Your Computer Against Viruses

8 Steps to a Problem-Free Cloud Migration