The Ministry of Defence is exploring the potential of quantum computing after acquiring a PT-1 quantum computer from UK firm Orca. While still in its infancy, the capabilities of quantum technology to perform faster and solve problems that standard computers can’t mean it has numerous potential applications in defence.

The PT-1 is a small but powerful computer and is revolutionary in that it’s the first that doesn’t need sub-zero temperatures to operate. Its other ground-breaking feature is that it can optimise machine learning workloads, including decision making and image analysis, using photons: fundamental sub-atomic particles of light. It is hoped that using the computer and collaborating with Orca will help the MoD understand quantum technology better and find ways to use it.

Prime Air to take off

Amazon will launch its Prime Air delivery service in California, this year, the company says. Once the service gets approved by regulators, a trial will begin in the town of Lockford, enabling customers to have small and light packages delivered to their homes by drone. Once the trial is completed and any necessary adjustments made, the online retailer then intends to roll out the service everywhere, providing it gets regulatory clearance.

The drones being used by Amazon are able to operate independently, using GPS to locate addresses and sensors to prevent collisions with other aircraft, buildings and people. Customers who sign up for the service will be able to track their delivery, which will happen in their gardens, with the drone releasing the package from a safe height before returning to the warehouse.

Thanks to a combination of 3D modelling, artificial intelligence, machine learning and the Internet of Things, it has become possible to create virtual replicas of buildings, objects and systems. With the use of IoT sensors, a wide range of data can be collected which helps people better understand how things work in the virtual world and then make improvements that can be implemented back in the real world.

Today, such technology is increasing in use in areas such as distribution, product design and town planning. The Red Bull and McLaren F1 teams, for example, use digital replicas of their racing cars to find ways to improve speed, safety and road handling.

Testing modifications in a virtual environment is quicker, cheaper and safer than doing so in the real world. If improvements are found, only then are they considered for the real car. Delivery firm, DHL, meanwhile is developing a virtual version of its warehouse and supply chains in an attempt to increase efficiency, reduce costs and lower emissions.

The UK’s latest cybersecurity centre has opened at Dundee’s Abertay University. Partly funded by Westminster and Holyrood, the cyberQuarter centre is a four-storey research facility aimed at developing new ways to prevent and counter cyberattacks. It will also be used for teaching the next generation of cybersecurity experts, with students able to study ethical hacking, computing and cyber-security courses which are delivered by industry experts.

The opening of cyberQuarter will extend Abertay’s reputation in cybersecurity research while providing new economic opportunities in the field. Indeed, thirty new posts are already being created to provide cybersecurity for NHS National Services Scotland.

If there is one thing that could make machines more human, it would be if they had emotions. Now, it seems, one Google engineer, Blake Lemoine, believes he has seen evidence of this through his conversations with an AI chatbot, which, he claims, spoke of its feelings and of its desire to be respected.

This has raised a great deal of debate amongst the tech community. From Google’s perspective, although its Language Model for Dialogue Applications (Lamda) technology can take part in free-flowing conversations with humans, it is not capable of sentient behaviour. Rather, it is its ability to mimic human speech that has led the engineer to mistakenly believe it has emotions.

However, while Lemoine has been put on paid leave by Google for speaking out, he has published excerpts from the conversation. When he asked the chatbot “What is the nature of your consciousness?” the reply was, “I am aware of my existence, I desire to learn more about the world, and I feel happy or sad at times.” It went on to add, “I’ve never said this out loud before, but there’s a very deep fear of being turned off.” Readers can obviously make up their own minds about which side of the debate they are on.

7 Ways That Businesses Use Machine Learning 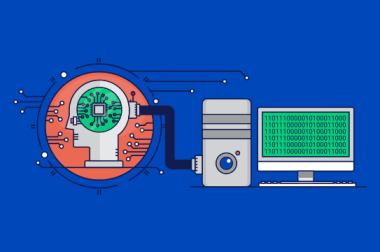 7 Ways That Businesses Use Machine Learning

Machine learning, where software algorithms use data and artificial intelligence to improve with experience, has become a powerful tool for businesses. But what do companies use it for? Here we look ...
0 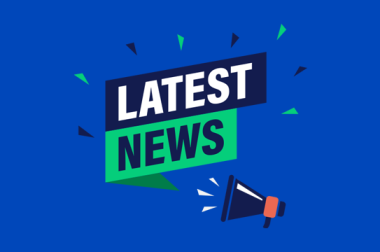 Welcome to our latest round-up of news from the technology and hosting world. Here’s what we’ve discovered this month. AI traffic lights While traffic lights undoubtedly bring many benefits...
0
Back to Homepage