As climate change and the high cost of natural gas leaves the UK desperate to find alternative heating solutions to gas-powered boilers, attention is being turned to the colder Scandinavian countries which are developing an innovative approach to reusing energy that is also highly cost-effective.

In cities like Odense, in Denmark, homes and business premises are being kept warm using heat generated by data centres. Data centres use enormous amounts of energy to run thousands of powerful servers and a significant amount of that energy is transformed into heat. In order to prevent the servers from getting too hot to function, even more energy is used to run huge cooling systems that pump hot air into the atmosphere.

In Denmark, rather than letting that heat be wasted, it is captured behind the servers and fed through 200 heat exchanges where it is used to warm cold water from the city’s heating system. During the heat exchange, cold water arriving is used to generate cold air to cool the servers down and then it is warmed up by the servers’ heat before being pumped to residents’ homes. As a result, both data server cooling and domestic heating are more sustainable and less expensive.

The rapid growth in digitisation means that computerised systems are used to control more and more business and manufacturing operations. For most companies, the main security concern has been a financial one: what would be the cost if these systems were taken offline and operations came to a halt?

There are, however, scarier outcomes that business leaders need to consider. A key example of this was when the hacking group, Predatory Sparrow, recently attacked an Iranian steel plant with the intention of causing a fire. Video released online shows workers being evacuated before a hacked machine began to release molten steel into the factory which then started a blaze. While, luckily, no one seemed to have been injured in this attack, it is clear evidence of the life-threatening potential of cyberattacks carried out on connected business systems, whether deliberate or unintentional.

Following the Pegasus spyware debacle, new Apple products will come with enhanced anti-spyware settings. Pegasus was a form of spyware developed by the Israeli company NSO Group, designed to be used by governments to track terrorists and criminals. However, it was also found to have been used to spy on numerous other individuals, including politicians and journalists, in 150 different countries. Apple and Android devices could be infected just by receiving a phone call and once installed, the spyware could access messages, emails and calls. It could even activate cameras and microphones to record people’s private conversations.

In a bid to prevent similar spyware from causing the same problems, Apple is now introducing Lockdown Mode for all new iPhones, iPads and Macs. This new setting, available this autumn,  enables users to block particular functions and, knowing how Pegasus infects devices via telephone calls, prevents unknown users from calling.

Connecting Cambridge, Coventry, Milton Keynes, Oxford, Reading and Rugby, the UK’s 164-mile Skyway will be the world’s largest automated drone highway. Its principal aim is to test how previous small-scale drone trials will work when scaled up to operate across a larger region. The project will see automated drones being deployed for both commercial and social purposes, including product shipping and delivery of medicines.

Using government funding for integrated aviation system projects that make use of new vehicle technologies, Skyway will have its own air-traffic control, with real-time tracking to guide the drones provided by end-to-end, ground-based sensors.

Following a dip during the first three months of 2022, ransomware attacks across the globe have surged by over 20% during the last quarter, according to security researchers.

The main reason for this was an increase in activity from three of the most prolific cybercriminal outfits. Two of these groups, AlphV and Vice Society, more than doubled the number of attacks they carried out compared to the previous period. The biggest perpetrator, however, accounting for a third of all ransomware attacks during Q2, was LockBit, which saw a 14% increase in activity.

Organisations are reminded that maintaining security and backing up systems is vital to protect against such prevalent, damaging attacks. 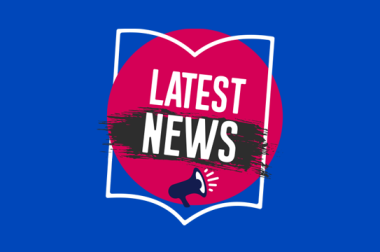 Welcome to our latest round-up of news from the technology and hosting world. Here’s what we’ve discovered this month. Russian cyberattacks US president, Joe Biden has told organisations an...
0 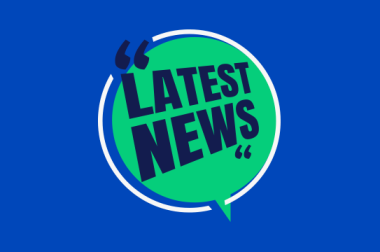 Welcome to our latest round-up of news from the technology and hosting world. Here’s what we’ve discovered this month. Are you ready for the metaverse? Potentially the internet’s next gia...
0
Back to Homepage