Energy as a Service takes off

The rise in energy costs and demand for decarbonisation have led to a boom in demand for Energy as a Service (EaaS). EaaS provides customers with energy services, like lighting, for a regular monthly fee. Similar to IaaS, it includes energy-efficient equipment, like LED lighting systems, together with device management and equipment upgrades in the price.

Customers benefit because they can have this energy-saving, low-carbon technology without heavy capital investment, and as the energy itself is included, there’s no need to have separate contracts or make payments to traditional energy companies. In 2022, the global value of EaaS is expected to exceed £57 billion, rising to £120 billion by the end of the decade.

Work has been completed on a 47-mile fibre optic cable that has improved the Isle of Man’s connection to both the UK and the Republic of Ireland, as well as to wider markets and services. The undersea cable, described as vital to the island’s economic growth, is the seventh to reach the island and is intended to make its internet connections more reliable and resilient, allowing connectivity to continue if one or more of the cables fails to work.

The installation, which was carried out by Aqua Comms, forms part of the much larger Celtix-Connect 2 project. This seeks to strengthen the connectivity across the Atlantic, improving links between Europe and America, including the UK and Ireland.

Customers of eukhost will be pleased to know that we have been protecting our data centres and your servers with FortiGate firewalls for many years, using their industry-leading intrusion detection and anti-malware tools to keep cyberattacks at bay. We’re very keen to see what the F4800 can achieve.

Hunted almost to extinction, the number of tigers left living in the wild is estimated to be just over 3,000. Despite this rarity, they are still poached, and in countries like India, rangers are employed to keep them safe. However, keeping tabs on these highly elusive animals when they are spread across 30,000 square miles of reserves is a major challenge. A 2018 survey required researchers from India’s National Tiger Conservation Authority to walk hundreds of thousands of miles, set up 26,000 cameras and take 35 million photos.

While that was an arduous process, the task of looking through all that data to count the tigers and learn about their environment and behaviours was shortened thanks to AI. Today, the data is being fed into a new AI system that will make the job of protecting the tigers even easier. The latest system analyses existing data about how tigers roam across the reserves, the topography of the landscape and patterns of previous poaching incidents, to provide rangers with optimised patrol routes. As a result, it is hoped that fewer tigers will be hunted, and populations will continue to increase.

FedEx, one of the world’s biggest delivery companies, is expanding its use of automation to upgrade its supply chain. An improved package handling system that uses robotic automation and AI will improve both efficiency and safety, while sortation and identification systems from Berkshire Grey have been installed at eight US facilities to automatically sort small packages for distribution.

According to Berkshire Grey, its package sortation systems will help Fed-Ex cut shipping costs by a fifth and improve sorter utilisation by half. This is achieved by identifying key streamlining areas, for example, sorting parcels by zone to reduce transport costs, identifying barcodes automatically without any need for physical handling and reducing the need for manual labour by automating the selection of individual items during sorting.

At the same time, Fed-Ex has moved its order logistics process to the cloud to make use of powerful, cloud-native tools that will speed up operations and make them more efficient. 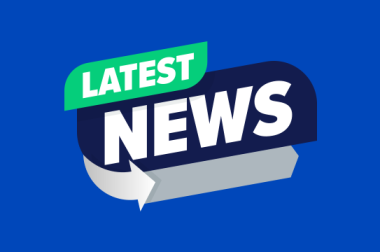 Welcome to our latest round-up of news from the technology and hosting world. Here’s what we’ve discovered this month. MoD goes quantum The Ministry of Defence is exploring the potential of...
0 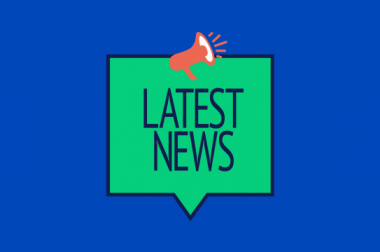 Welcome to our latest round-up of news from the technology and hosting world. Here’s what we’ve discovered this month. £375M UK Tech Fund In a bid to help the UK become a world leader in d...
0
Back to Homepage