As organisations try to limit physical contact to prevent the spread of Coronavirus, many are relying on the internet to maintain operations. Recruitment companies, for example, are undertaking interviews online, a job they say has become easier as fewer clients are travelling abroad and more of them are working from home.

Indeed, many organisations with cloud-based systems, accessible over the internet, are encouraging employees to work at home when visiting the site isn’t necessary. And while schools in the UK remain open, many teachers are busily preparing online learning resources that pupils can access at home for when the government makes the decision to close them.

The internet is also helping organisations provide essential cover for employees who have become unwell with Coronavirus, using remote, freelance contractors while people are off sick.

It is not just in work settings where organisations are transitioning online. Rather than cancel its annual Worldwide Developers Conference, Apple has moved the entire event online and many religious organisations are doing similar, with churches streaming services for parishioners, especially the elderly, for whom it’s not wise to attend in person.

For those who think the Cold War ended with the collapse of the USSR and the Eastern Bloc, think again. The political intrigue happening in cyberspace today is enough to give George Smiley nightmares. In a recent move, US social media companies have taken down a string of fake accounts which, while based in Africa, are all linked to the previously banned Russian troll network, the Internet Research Agency. Rather than directly influence voting intentions, as it did in the 2016 US presidential elections, the aim was to create social disharmony and do so in a way that would remain under the radar.

It set up blogs and fake social media accounts and used these to influence thinking on topics such as US news, black history and LGBTQ issues by sharing negative content and expressing views on oppression and police brutality. In one case, it even set up a fake account of a relative of someone who died in police custody in the US.

Overall, almost 300 accounts have been taken offline and these, combined, had followers in the hundreds of thousands.

Here’s yet another quirky case use for AI and ML. Historians in China have been using these technologies to help them read messages carved on to bones, some 3,000 years old. The academics had struggled to understand what was written, partially because the carvings were faded and partially because few could understand the ancient language in which they were written.

Using artificial intelligence and machine learning, however, images of the characters used in the carvings could be compared with a dataset of carvings they had from other types of bones. They then trained the software to recognise characters and learn the language of the texts. The more the software learned, the better it became at understanding even some of the fainter carvings.

When it comes to safety, one would think Google datacentres are up there with the best. However, a failure of the low-tech kind nearly put one of them out of action last week. Apparently, the datacentre’s site reliability engineering teams discovered one of its server racks was suffering a packet loss, i.e. data was failing to reach its destination.

On testing, the rack was showing several technical issues but staff were unable to find the source until one eagle-eyed member found out that the weight of all the servers had crushed the rack’s wheels. While the rack had not gone head over heels, it had landed at a tilt and this had disrupted the flow of liquid coolant within the rack. As a result, some of the CPUs had overheated, causing them to throttle. Thankfully, this didn’t lead to a fire. A lesson for everyone to check even the most basic of kit and not just the expensive, technical stuff.

Do you have a Facebook account? If you do and you’re logged in, every web page you visit that has a Facebook like icon can track your browsing behaviour on that site even if you don’t click on the icon itself. If you find this kind of surveillance an unnecessary and unwanted intrusion into your browsing habits, you can now block Facebook’s tracking using the latest version of the Mozilla Firefox browser.

The .edu links count in the level of trust and hence it can enhance the power of the inbound links into particular domain. If you have good academic subject and relevant content knowledge and excelle...
4 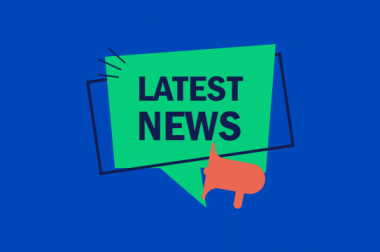 Welcome to our latest round-up of news from the technology and hosting world. Here's what we've discovered this month. Fake Amazon review scam exposed Thanks to an online data leak, a number of...
0
Back to Homepage