Review: The Progress of Cloud Computing in 2022

Review: The Progress of Cloud Computing in 2022

The cloud; what only a few years ago was being dismissed as a fad by many has now engulfed the IT industry, being the dominant platform that many businesses are choosing to migrate their managed services onto.

The term cloud computing first hit the mainstream in 2009 and every year since the industry has continued to grow faster and faster, with spending on the cloud expected to have surged by 25% in 2014 alone.

If that growth alone isn’t big enough, by the end of 2015 we can expect to see spending on cloud services to be in excess of $180bn. This exponential growth can be explained by the benefits that cloud delivers to business such as improved uptime and greater security; in many circles questions seem to be going from have you adopted the cloud yet? to why haven’t you adopted the cloud yet?

Here will have a talk about the changes that have occurred in cloud computing in 2014 and how these will help to shape the future of the industry.

Following on from the cloud expenditure of $58bn in 2013, it is expected that the expenditure on cloud hosting will rise to $72bn in 2013. This demonstrates huge growth in an industry that has only really existed for 5 years. The amount that companies spend on cloud computing is only set to grow more year on year and by 2020 it is thought that around $191bn will be spent on cloud resources, outpacing predictions.

It is reported that up to 82% of companies save money by moving to the cloud, which beggars the question if you haven’t already moved to the cloud, or even considered it for that matter, why aren’t you exploring your options?

Reducing costs is something that will be popular with a majority of your stakeholders and the benefits that arise will provide an IT infrastructure that is far simpler for your IT department and CIO to manage.

With wider adoption of the cloud and particular computing resources such as storage getting cheaper, we can only expect the price of hosting in the cloud to go down. Where companies opt for a private cloud, they will start to realise greater economies of scale as more and more of the existing infrastructure is migrated into the new environment.

It’s all well and good businesses investing in cloud technology, but an issue up until now has been the degree to which managers actually understand how the new technology works. It is the role of CIOs and subordinates in a business to understand how their IT infrastructure functions and the benefits derived from each section and while CIOs are presenting ideas to the board about the incorporation of cloud technology, for the most part other board members don’t have a great deal of understanding of what’s going on they only speak in figures and not benefits.

In 2014 we have seen directors and executive receiving greater education on the cloud and how it benefits their organisations in general, rather than just focusing on the money that is being saved.

With a deeper understanding of cloud benefits and how platforms work, directors are then able to work collectively to implement plans that might otherwise receive approval. Other directors may also be in a position to suggest ideas for cloud implementation that CIOs have missed, allowing for fewer missed opportunities.

Whilst the news of Edward Snowden and his trawl of documents is very much news from 2013, in 2014 it has bought into question the power that large internet companies have over our data and the backdoors that law enforcement might have to particular services including SaaS platforms such as Google Apps and Dropbox.

Many large companies rely on the Enterprise edition of Google Apps to provide certain services in their businesses and where apps such as Google Drive and Gmail are being used, the Google platform could be playing host to large amounts of private and confidential data.

The revelations about law enforcement have direct entry to the systems of some SaaS providers has resulted in many questioning the benefits of outsourcing such services, and some have chosen to move the hosting of these services to other providers that have stricter privacy policies in place. Regardless of privacy policies, we are highly unlikely to see companies brining elements of IT back in-house after being outsourced to the cloud as we see greater decentralization of computing services.

A recent survey has shown that 32% of Americans believe that cloud computing is the future. Indeed with businesses able to access as much power as they need on demand and the fact that it can be returned to the cloud once they’re done with it means that organisations will be able to achieve new feats with only a fraction of the expenditure that would have been incurred before.

It’s not just corporate applications that are beginning to rely solely on the cloud either it now lies at the core of many consumer services and devices. If we consider Apple’s iCloud for example, this helps consumers to bring together all of their Apple products – iTunes in the Cloud provides them with somewhere to store their music, whilst tabs open in Safari on any connected device are viewable on any of the other devices.

Google also has its own suite of consumer friendly cloud services such as Gmail and Google Drive that tie in nicely with their Android smartphone.

2022 has been a big year for cloud, but 2023 is predicted to be an even bigger year. What additions do you think we’ll see to the cloud product family in the next 12 months? 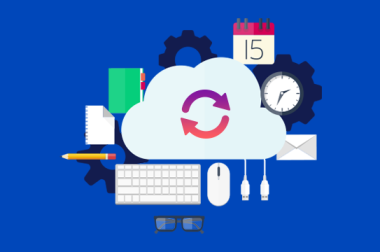 All businesses should have data protection plans in place so that if a situation arises that results in data loss, steps can be taken to restore service and any data that has been lost as quickly as ...
0

With the increasing volume of data stored and searched every day as well as its importance to business and business continuity, what separates the chances of success and failure is the availability o...
1
Back to Homepage