The Three Dimensions of Cloud: SaaS, PaaS, and IaaS

The Three Dimensions of Cloud: SaaS, PaaS, and IaaS

The Cloud computing stack can be defined as having three dimensions: a software dimension, a platform dimension, and an infrastructure dimension. Individually these three dimensions contribute to different areas of corporate IT, looking to simplify the jobs of developers and system administrators, but also reducing the level of support that end-users need.

Together they provide a viable and alternative route to providing corporate IT by investing in Cloud computing, organisations can expect to realise significant cost savings.

SaaS Software as a Service

Applications delivered using the SaaS method are generally designed for the use of end-users. As a Cloud application that is hosted externally, SaaS applications are delivered through the web and the processing and hosting of data is handled centrally within the Cloud. Sitting at the top of the stack, SaaS is fundamentally changing the way that we use many popular applications.

Updates and patches for SaaS applications are provided through the Cloud and so users have the assurance that they will always be using the most up-to-date version of their SaaS applications; this also removes the need for them to install patches on their own accord and reduces the chances of a segmented user base developing where there are a number of different versions of software in wide use.

SaaS makes sense because with organsational need for IT increasing all the time, building and maintaining an infrastructure capable of keeping pace with the change will not only be costly, but most like prohibited by the time such tasks take. Improved collaboration will also be result of SaaS implementation and companies can expect to add as many extra users as they require without any impact on the performance or delivery of their service.

Billing is most commonly done on a per-user model, meanwhile maintenance and support for the infrastructure is the responsibility of the host; together these features contribute to a significant reduction in cost.

PaaS Platform as a Service

A PaaS environment provides the tools and frameworks that developers need to make applications delivered through a SaaS implementation. Creating applications from scratch is a long and arduous process, and PaaS is designed to simplify this and reduce development and deployment times by providing a common set of libraries and frameworks on which developers build their products.

We briefly touched on how Cloud computing can be an enabler of collaboration within the organisation; this idea is developed further with PaaS as such an environment gives developers the resources and tools they need to work on the same project at the same time so that multiple people can contribute to getting the task completed quicker and more efficiently.

IaaS Infrastructure as a Service

At the bottom of the stack is IaaS, or Infrastructure as a Service. In layman’s terms, IaaS can be defined as the main resources that make up your average corporate IT environment servers, storage, networking components, and operating systems delivered through a Cloud computing model, in many cases as an on-demand service.

The IaaS dimension of Cloud computing can help organisations to realise cost savings through the divestment of physical hardware and the investment in basic Cloud resources that are representative of what the business requires on an average day. Physical hardware is costly to maintain, suffers from significant depreciation, and can be hard to upgrade to cope with additional loads without incurring downtime.

The move to an IaaS platform provides a dynamic and scalable environment where an organisation can request extra resources when it needs them. Simply put, scalability is incorporated from the ground up. Within the stack IaaS provides the resources that sustain the development platforms and production platforms for the PaaS and SaaS dimensions.

In some cases it is important to recognise that there may be some corporate elements that need to remain in-house for legal and regulatory purposes, such as storage for sensitive data, but for the most part IaaS can provide a sufficient alternative to your existing infrastructure, will be respectful of your needs, all the while reducing your costs.

To conclude, the purpose of this article is to explain that Cloud computing isn’t just a single thing, or one topic it can be readily split into three different levels, each of which are made up of many constituents themselves.

For investment in Cloud technologies to be effective, it is important for companies to recgonise the different aspects of the Cloud and how each of these stand to effect and benefit them. 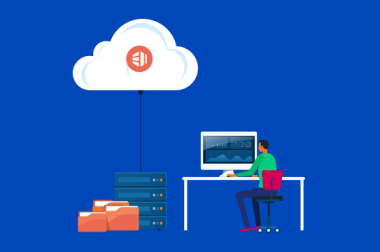 As a busy web developer, you’ll no doubt see how quickly your storage requirement increases. Besides needing somewhere to store your growing historical portfolio, you’ll also need an environment ...
0 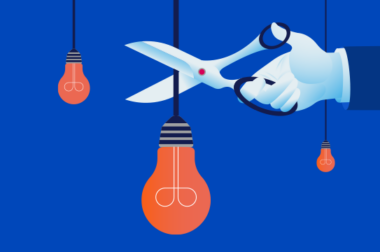 According to The Federation of Small Businesses, UK companies have experienced gas and electricity bill increases of 425% and 350% respectively over the last 18 months, with further rises expected. T...
0
Back to Homepage