How to Choose a Programming Language: Java, C#, PHP

How to Choose a Programming Language: Java, C#, PHP

A programming solution is generally chosen according to the type of application required. However, even in a very specific situation, such as automation for a website, there are various language choices open to you.

For example, let’s imagine that you are hesitating between Java, PHP and C for your web application. With Java, you will think about the platform, with the possible adoption of a solid application server and integration closer to your OS.

Using PHP, on the other hand, will make your application more aligned to the solutions that have already proved successful on the web. It will also be easier to find the best talent. As for C, this can be useful for solutions running on embedded web microservers.

To help you make an informed decision, we used the Tiobe Software index of programming languages to browse the most popular offers on the market.

Java, which is also a platform, is the most popular programming language and ideal for two categories of users: business application developers and those focusing on mobile applications.

The Java platform, particularly Java EE, remains widely used in enterprise, especially to create the back end of business applications. In recent years, the Android mobile OS has opened up a new market for the Java programming language.

C and C ++ are also very popular, with C being the most widely used, particularly for desktop or server software.

In the server world, it is used for system programming, providing tools that will run on the command line. C and C++ can also execute generated code at considerable speed. On the desktop side of things, it will be necessary not to lock too much in a given platform. This can be avoided by adopting portable frameworks, such as Qt.

The Microsoft .NET solution is also very successful and, just like Java, is a complete platform. However, unlike Java, .NET has always been very open in terms of programming languages. It is also accessible in desktop mode, where it serves as a base for many Windows applications, on the web (via ASP.NET), in the Cloud (via Azure) and even with mobile (including Android and iOS, thanks to Xamarin). The arrival of .NET Core allows this platform to be even more open.

Some programming languages stand out because of their wide use on the web and many business applications are often programmed on a web application model.

Python and PHP remain the stars of the sector, while on the server side, we also find solutions like Perl or Ruby. However, you should not overlook JavaScript, which has won the battle for the web’s front-ends and which, today, runs many features previously entrusted to the back-end. You can even find it server side, now, with the Node.js runtime.

Programming languages by speciality and need

New languages are developing. Next-generation programming languages that the Internet requires are being designed for better application security, such as Go from Google and Rust from Mozilla.

There are other solutions for those trying to improve the security of their code that are not so well known in the media. Ada, for example, which suffered negative publicity because of contract programming, is nevertheless a solid offer and easy to access. Another interesting example is the Object Pascal.

For many developers, it is important to have simple access solutions such as VB and VB .NET, both of which attract lots of users. The simplicity of Java, PHP and, more recently, Swift, also makes them useful for delivering success. While simple programming languages should not be avoided, they are perhaps not the best solution for heavy and complex projects.

Some programming languages are particularly well suited to data analysis and big data. The language R rising in power in this field as is MATLAB.

While Fortran is unlikely to return to the forefront in big data analysis, well-programmed languages in mathematical libraries are something to keep in mind, especially if the generated code is fast. C and C ++ still have lots of potential here and, in extreme cases, the Assembly (ASM) language.

Choosing the right programming language for your application is an important decision. Hopefully, the information here will have given you an overview of the options and helped you come to a more informed choice. 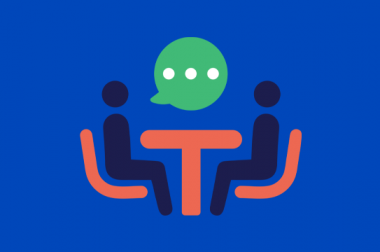 There are consultancy firms in all sectors but the one thing they have in common is that they are experts in their field. Indeed, as a consultancy firm, your expertise is your product. When it comes ...
0

If you want to build a dynamic website which has the ability to communicate with databases and servers to ensure that it is both functional and efficient, then you will need to have knowledge of a pr...
0
Back to Homepage