Desktop vs Mobile How Internet Browsing Habits Affect Your Business

Desktop vs Mobile How Internet Browsing Habits Affect Your Business

Smartphones are now the main way people access the internet but what does that mean for online businesses? Should you go mobile-first and put large screen web design on the backfoot or should you take a different approach? In this post, we’ll drill down into some of the surprising statistics about mobile web usage and consider their implications.

With this likely to increase even further (the figure in India is 75%), there is increasing need to make sure that your website is optimised for mobile surfing.

More searches on mobile
Not only are users viewing more pages on smartphones, they are carrying out more searches. According to Search Engine Land, 2016 saw Google users make more mobile searches than desktop ones.

Whilst increased mobile searches reinforce the need to create mobile-friendly websites, the shift in advertising also has implications for those that use AdWords to drive traffic to their websites. There are still many businesses not taking full advantage of mobile advertising.

One of the reasons for the rise in mobile internet use has to be the number of people who now have access to a smartphone or tablet. In 2007, there were 1.1 billion global users of desktops and laptops, compared to 0.4 billion smartphone users. By 2013, the numbers had evened. In 2016, desktop and laptop user numbers had risen to 1.7 billion but this figure had been surpassed by 1.9 billion mobile users.

Much of this increase, however, is in less developed countries where accessing the internet is much easier and less expensive on a mobile than on a large screen device. The state of these countries infrastructures makes it easier to install mobile networks than lay broadband cable, especially in places with large rural populations.

In developed countries like the UK, smartphones are part of everyday life for the majority of people. Most households have smartphones, tablets and PCs. The move towards mobile internet use in Britain is driven by device portability and the improvements in mobile internet access wider 4G coverage, free wi-fi, faster phone technology and bigger data allowances. Because these machines can be used wherever we go, we use them everywhere, all the time.

The Smart Insights website tells us that in the UK, 61% of time spent online is now done on a mobile device. And it’s not just the UK that has seen this shift in behaviour, it’s a global pattern. However, it’s a pattern that requires much more scrutiny. What exactly are people doing when online?

Well, the bad news for business is that they are not spending all of it searching on Google. In fact, we spend a staggering 82% of our smartphone internet time using apps. Facebook, alone, counts for 19 of that 82%. Â Besides this, 12% is spent on messaging and other social media, 17% on entertainment, 15% on gaming and 3% on YouTube.

This shows us that although we now use mobile more than PCs to access the net, we don’t really use the two types of devices in the same way. How many people sit with a PC on their lap, surfing the net, with a phone at their side for chatting with friends on social media? We’ve begun to develop different habits with different devices. The implication here is that going mobile-first and downgrading the importance of your desktop website might not be a wise idea or at least a little premature.

There are two other pointers here. Firstly, if people have a preference for using apps on phones, then developing a business app may be the way forward. Not only do users prefer the interface but it also enables you to send notifications more easily. The second pointer is about advertising. If 82% of all smartphone time is spent on apps compared to only 10% on browsers (4% Chrome and 6% Safari), doesn’t it make sense to put your mobile advertising budget where it can have more impact? Facebook, at 19%, looks far more sensible – and there are many more in-app advertising opportunities available.

Percentages don’t give the whole story

With only 10% of mobile surfing time spent using search engines, the shift towards mobile internet use doesn’t look that advantageous for websites. However, this doesn’t give us the whole picture. The reason why, is because that 10% is actually a significant amount of time.

According to comScore mobile metrics, the average UK user spends 66 hours a month browsing on smartphones compared to 29 hours on a PC. That 10% equates to over 6 and a half hours of internet searching done by every user on a mobile device every month. It’s not something to be ignored.

What’s more, we use our mobiles for most shopping related searches. In the UK, 56% of retail searching is done on mobiles. This includes over 60% of all searches for food and beverage, health, sports, lifestyles, news and media and cars. So, whilst it might be premature to downgrade your desktop website, it certainly isn’t too early to focus on making your mobile website more user-friendly.

On the surface, it shows that companies are almost twice as likely to make a sale through a desktop website than a mobile one. However, this is not the whole picture. One of the potential problems for mobile websites is that they may not be shopping cart friendly. Having to input lots of text, including credit card details, using a small screen isn’t very easy to do. Sites which provide easier methods, such as offering PayPal or techniques such as Amazon’s one-click purchase, may find their mobile conversion rates much higher.

The other interesting factor is the use of multichannel purchasing. According to comScore, in developed countries such as the US and UK, many users, particularly millennials, switch devices during purchasing. They may do 56% percent of their retail searching by mobile but will save the actual purchase until they are on their PC. If this is the case, one has to take into consideration that many of those desktop conversions are reliant on initial mobile visits. The conversion rate differences between the two channels, therefore, are not so clear cut.

Conclusion
These statistics tell us a great deal about how mobile technology has changed the way we use the internet. For those who run a business that relies on online customers, it is obvious that websites need to be geared for both desktop and mobile user needs. The figures also show that there is plenty to be gained from developing mobile apps for your business, advertising on social media and third-party apps, simplifying check-out processes on mobile websites and making purchasing easier for the increasing number of multichannel purchasers.

If you run an online business and are looking for reliable web hosting with a range of security features and 24/7 customer support, check out our range of business plans. 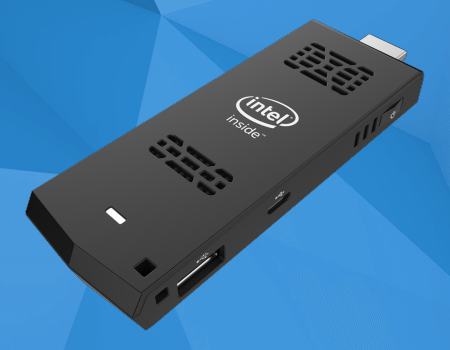 After reading the title, you're surely thinking "...uh?". We don't blame you, we found ourselves needing to take a few moments to take it in too. At the Consumer Electronics Show 2015, Intel surprise...
0

It is a common scenario where even the regular visitors tend to get frustrated with a webpage which takes longer to load. By decreasing the website load time, businesses can ensure that the visitors ...
0
Back to Homepage