State of the Art Cyber Defences You Might Not Know About

State of the Art Cyber Defences You Might Not Know About

Every year, organisations lose billions of pounds to cybercrime and it’s a persistent and worsening problem. Out of this has arisen a highly sophisticated cyber-defence industry that is continually searching for more effective ways to prevent hackers from accessing systems and the data they store. Here, we’ll look at some of the newest defences on the horizon.

Israeli company, Morphisec, has developed a new form of cyber defence which it describes as moving target security. Essentially, this method of security scrambles the names, references and locations of files in the server’s memory, as well as the application itself, in order to make it increasingly difficult for malware to infect a system.

As an extra layer of defence, each time the computer is booted, the file names, locations and references are re-scrambled, ensuring that the system never has the same configuration as before. This type of technology is used by a number of leading organisations to protect their systems, most notably, the London Stock Exchange.

Air gapping is the technique of isolating a system from both local networks and from the internet so that the only way it could get hacked is from someone getting physical access to the server itself. This is perhaps one of the most robust solutions for storing exceptionally sensitive data which needs to be kept ultra-secure or for protecting highly critical systems, such as those used for military defence or running nuclear generators.

Even here, however, there are potential security issues, as air gapped servers can be pre-hacked prior to installation when they are being manufactured. In 2018, Bloomberg reported that Chinese special agents had compromised servers manufactured by a US hardware company by incorporating spy chips into components that were sourced from China. In this way, the malware came pre-installed and kicked into operation once the servers were first booted. According to Bloomberg, the servers in question were sold to and used by leading US technology firms and by government agencies.

Another new cyber defence solution is known as co-operative cyber-security. This is when multiple organisations work together to store each other’s data in a so-called data-sharing alliance. This means that in order for a hacker to steal sensitive data from any of the participants, all of the systems would need to be hacked. Without being able to do this, hackers would not be able to get their hands on any complete files.

The technique employed to make this form of security work is called crypto-splitting. Here, each piece of data is encoded into thousands of numbers which are then randomly dispersed and saved on the computers of the participating organisations.

Given such levels of encryption and the fact that none of the organisations know what data they are holding, it makes it incredibly challenging for a hacker to access and make sense of any data they might obtain. Statistically, if the chances of successfully hacking a single system was a mere one per cent, the chances of doing this to just four systems would be 0.000001 per cent and even then, they would need to find a way to unencrypt what they found.

Firewalls are nothing new, however, a new breed of next-gen firewalls now exist that take server protection to the next level.Â  The industry leader is Fortinet, whose FortiGate next-generation firewall protects websites and web apps from virus, ransomware and malware infections while preventing intrusion from hackers and blocking distributed denial of service (DDoS) attacks.

Offering high-performance threat protection, a next-gen firewall is designed to keep mission-critical applications secure. The FortiGate, for example, continuously updates its threat intelligence to provide robust protection from both known and unknown attacks.

While it is possible, according to some, to create an unhackable computer, the process of doing so would make it more or less useless in a network environment. If you need to use a network, there will always be a risk involved. This is why security companies across the globe are continually looking at new and more sophisticated ways to solve the issue of cyber-attacks. With cybercriminals now using tools like artificial intelligence and employing tactics such as hiding malicious code in encrypted files, the challenge to stay secure is even harder. Hopefully, from reading this post, you’ll see some of the latest defence techniques which are now available. If you are looking for highly secure hosting that comes with FortiGate next-gen firewall security, take a look at our dedicated server and cloud hosting solutions 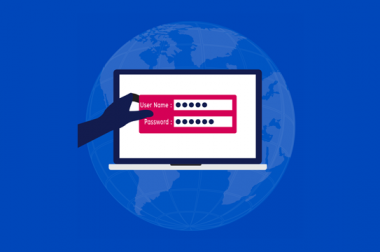 We use passwords everywhere. We need them to log in to our websites, apps, online accounts and even the devices we access them on. Unfortunately, cybercriminals have discovered increasingly clever wa...
0

Why is it Necessary to Backup Your Server?

Why is it Necessary to Backup Your Server?